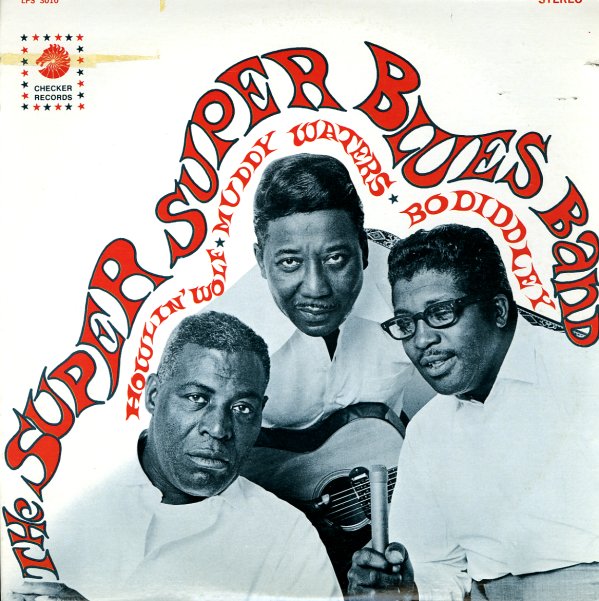 A group that definitely lives up to its name – given that the lineup features the Chess Records stalwarts Bo Diddley, Howlin Wolf, and Muddy Waters! The set's maybe a bit more in the mode of Wolf or Waters than some of Bo's own records – although there's a bit of that riffing spark of his at times – and the tracks are often nice and long, with more than enough room to make you feel like Phil Chess gave these guys plenty of space in the studio to hang out, and find the right way to interact. As much as we love Chess albums with short songs and a soulful punch, we really appreciate it when they can break format and open up on a session like this – which really helps create a unique moment on record! Titles include "Goin Down Slow", "Long Distance Call", "Sweet Little Angel", "Ooh Baby & Wrecking My Love Life", and "Spoonful".  © 1996-2021, Dusty Groove, Inc.
(Limited colored vinyl pressing.)