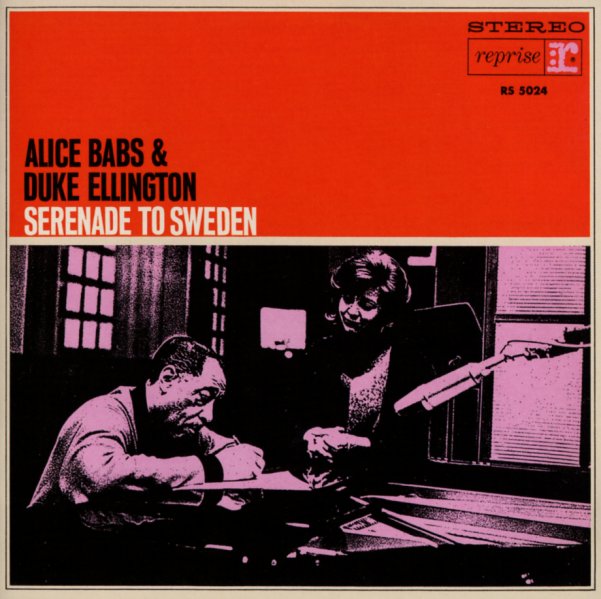 A beautiful and rare recording – both for singer Alice Babs, and Duke Ellington himself! The session was cut in Paris in 1963 – and it's a moody, intimate album that features Duke backing up Alice with arrangements that are quieter and more subtle than those used with most other Ellington-related singers. Alice is extremely great on the set – and often sings in weird wordless vocals – not really scatting, but more of a horn based-style that's very icy and cool. The whole thing's great – much greater even than the sum of its two famous parts – and titles include "Serenade To Sweden", "Stoona", "La De Doody Doo", "Strange Visitor", "Come Sunday", "Babsie", and "Untitled Lullaby".  © 1996-2020, Dusty Groove, Inc.