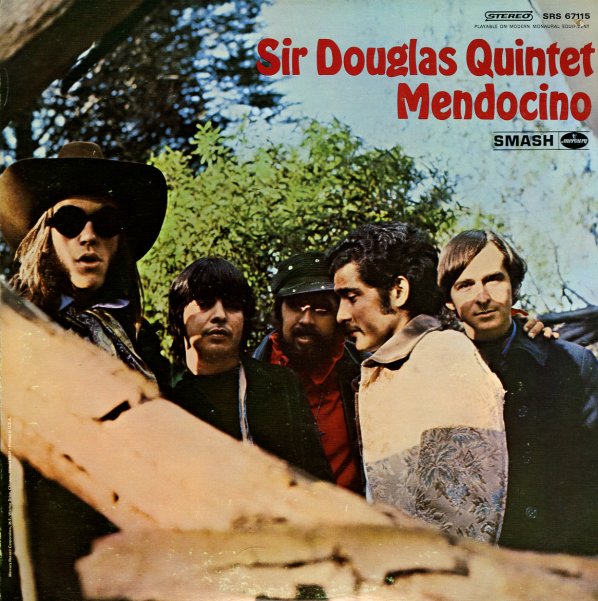 One of the very best rock albums of the late 60s from overlooked genius Doug Sahm and his Sir Douglas Quartet – a brilliant hybrid of the laconic country and rural rock ragged glory that was piping through so many under appreciated groups at the time (and went on to be bastardized by crap factories like The Eagles) and classical Spanish and Mexican folk guitar playing. Sahm plays fiddle, guitar, pedal steel and just about anything with strings, along with the amazing Augie Meyers (who you may remember from the beautiful organ work he contributed to Bob Dylan's late masterpieces Time Out Of Mind and Love And Theft) and others. Beautiful stuff! Includes "Mendocino", "I Don't Want", "I Wanna Be Your Mama Again", "At The Crossroads", "Lawd, I'm Just A Country Boy In This Great Big Freaky City", "She's About A Mover" and more.  © 1996-2021, Dusty Groove, Inc.
(Red label stereo pressing with small 3D/MR etch. Cover has a small cutout hole, half split bottom seam, and some discoloration from age.)