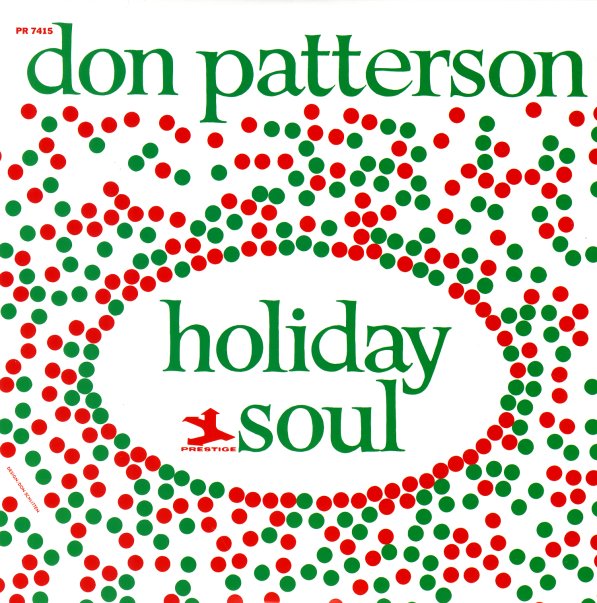 A Holiday set so sweet, you'll be playing it all year long – as the record's got all the same soul jazz charms as the other Prestige Records albums from Hammond legend Don Patterson! True, the cover is red and green – and true, the songs are all Christmas numbers – but Don and the trio really take off on them, and create that wonderful interplay of grooves that makes their work so wonderful! Patterson handles the basslines with the pedals on the Hammond – alongside Pat Martino on guitar and Billy James on drums – who play with a wonderfully open flow that sets Don free with plenty of flights on the keyboard! Tracks are loose and groovy – and titles include "Merry Christmas Baby", "Rudolph the Red Nosed Reindeer", "Silent Night", "O Holy Night", and "Jingle Bells".  © 1996-2020, Dusty Groove, Inc.

Charles Brown's Cool Christmas Blues
Bullseye Blues/Craft, 1994. New Copy
LP...$18.99 21.99
Charles Brown gave the world one of the greatest Christmas songs of the postwar years – the mellow R&B classic "Merry Christmas Baby" – a cut that starts off the proceedings here, as Brown returns to the Holiday theme, and turns out one of the better records from the later ... LP, Vinyl record album

More Sounds Of Christmas
Argo/Verve, 1964. New Copy (reissue)
LP...$17.99 19.99
Ramsey Lewis had such great success with his first album of Christmas instrumentals for Chess Records, he soon hopped back in the studio for a second record – but one with a very distinct difference! This time around, the trio's a bit unusual – in that it features regular bassist Eldee ... LP, Vinyl record album

Capitol Christmas Vol 2
Capitol, Late 40s/1950s/Early 60s. New Copy 2LP Gatefold
LP...$23.99 24.99
Classic Christmas sounds from the mighty Capitol Records – served up here in a package that has a very strong focus on the first two decades of the label! There's certainly some classics here, but there's also some overlooked gems – and most numbers are vocal tunes that reflect the ... LP, Vinyl record album