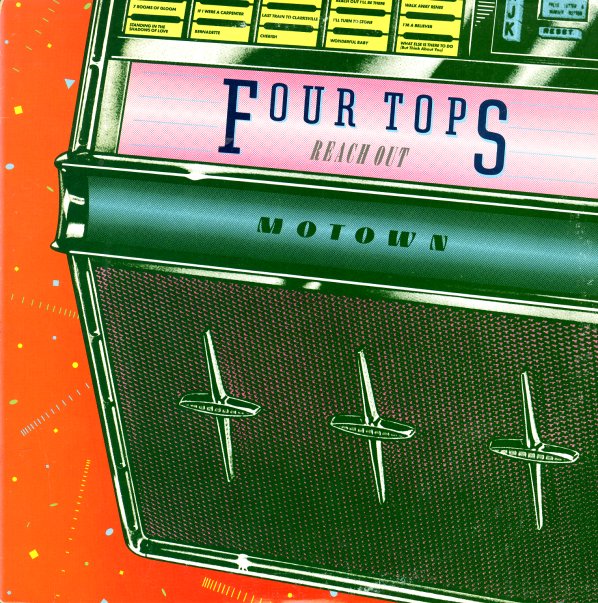 A classic 60s album by the Four Tops – really one of their better efforts of the period – a record that finds the group working some soulful magic on a couple of their best known tunes, as well as adding a dose of deeper emotion to some hit songs of the time! Like other Motown success stories from that time, this set features some pop tunes and standard chart material, done by the group in their inimitable harmony style – with a few hits like "Reach Out, I'll Be There" and "7 Rooms Of Gloom" – plus wonderful interpretations of songs like "Walk Away Renee", "Last Train To Clarksville", and "I'm A Believer". Also includes "What Else Is There To Do", "Bernadette", and "Standing In The Shadows Of Love".  © 1996-2022, Dusty Groove, Inc.
(Late 70s issue. Cover has a cutout notch.)

Soul Spin
Motown, 1969. Sealed
LP...$11.99
Beautiful baroque soul from the Four Tops – and proof that the group could take any material and make it sound great! This Frank Wilson-produced set features a few Motown numbers by the group, but the real gems are actually the more familiar 60s pop hits – remade by the Tops in a style ... LP, Vinyl record album

Catfish
ABC, 1976. Very Good+
LP...$4.99
A lot greater than you'd expect – like most of The Four Tops' excellent work on ABC. The classic Motown sound is no longer, but in its place is the same sort of positive 70s soul grooving that Lamont Dozier picked up on the label – a style that makes a perfect platform for the vocals ... LP, Vinyl record album