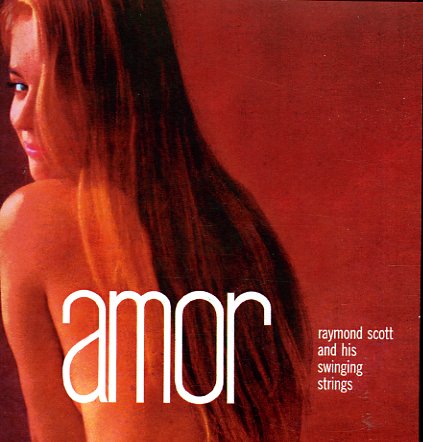 The softer sound of Raymond Scott – not as way-out and wild as you'd know from his better-publicized work on classic cartoons – but still plenty darn great overall! The album's heavy with strings – billed as "swinging" on the cover, but a bit more "swaying" overall – orchestrated by Scott with some lush elements, but also a sense of dynamic energy that keeps things moving with a high sense of drama! Titles include "Amor", "Orchids In The Moonlight", "True Love", "La Cumparsita", "Somewhere Over The Rainbow", and "Summertime".  © 1996-2021, Dusty Groove, Inc.
(White label stereo promo. Cover has light wear.)

Raymond Scott Conducts The Rock N Roll Symphony
Everest, 1958. Near Mint-
LP...$5.99
An odd one for Raymond Scott – and a sweet one, too! First, this "rock n roll symphony" isn't really rock, so much as it is a set of standards and 50s pop instrumentals – mostly non-rock – all performed in a mellow easy style. Second, even though Scott's at the head of ... LP, Vinyl record album

This Time With Strings
Coral, Mid 50s. Very Good+
LP...$14.99
Not as freewheeling as some of Raymond Scott's earlier work, but still quite nice – a set that features added strings in the mix, but used with a sound that's every bit as wild and dynamic as some of Scot's small combo recordings! A few of the tunes are familiar Scott classics, others are a ... LP, Vinyl record album