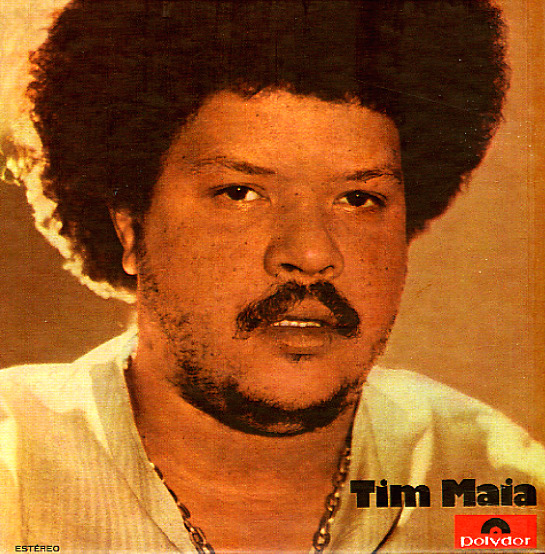 One of the funkiest records ever from Brazilian soul legend Tim Maia – and a set that also has him singing a bit of English language lyrics too! The groove here is that classic Maia blend of Brazilian roots with American funk and soul – echoes of forro or samba in some of the rhythms, mixed with psychedelic touches, and some harder-hitting funky lines too – all in a mindblowing blend that's perfectly topped with Maia's vocals – which are every bit as large and powerful as the man on the cover himself! Tim shifts effortlessly between Portuguese lyrics and American English – the latter of which really showcases his love of American soul on the titles"I Don't Know What To Do With Myself", "Broken Heart", and "I Don't Care". The album also features a version of Marcos Valle's "Preciso Aprender A Ser So", plus the cuts "Meu Pais", "A Festa Do Santo Reis", "Nao Vou Ficar", and "Salve Nossa Senhora" – all wonderful, all the way through!  © 1996-2023, Dusty Groove, Inc.
(Beautiful heavy vinyl pressing – with lyric insert!)