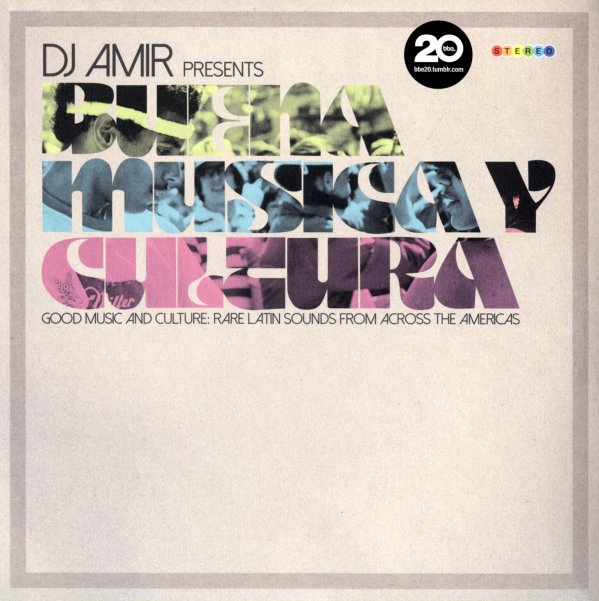 One of the most fantastic collections we've ever heard from DJ Amir – a set that may well blow away his classic On/Off Track sets for the depth of its spirit and feeling! Amir's been well-known as a crate digger for many years – and while digging for funk, soul, and hip hop on the New York scene, he's also come across plenty of rare Latin nuggets – not familiar salsa or crossover Latin Soul, but instead some much deeper numbers that show just how much spirit and imagination the music had when it was at its best! Most of the numbers here are from late 60s and 70s vintage – and many have this jazzy energy that goes way past just simple grooves, and which instead features the richer colors and complicated motions of some of Eddie Palmieri's music, especially in the 70s. Titles include the previously unreleased "Salsa (parts 1 & 2)" by Fito Foster – plus "Picadillo" by La Moderna Of New York, "Bomba" by Dax Pacem, "Paranoia" by Wayne Gorbea Y Su Conjunto Salsa, "Rogelio Tiene La Salsa" by Chino Y Su Conjunto Melao, "Yo No Bailo Con Juana" by Cortijo Y Kako, "Vete De Aqui" by Joey Aponte, "Asi Asi Descarga" by Mike Hernandez Y Su Sonora Casino, "Tembelque" by Louie Colon, "El Ritmo Soledad" by Orchestra Soledad, and "El Pulpo" by Joey Pastrana.  © 1996-2022, Dusty Groove, Inc.