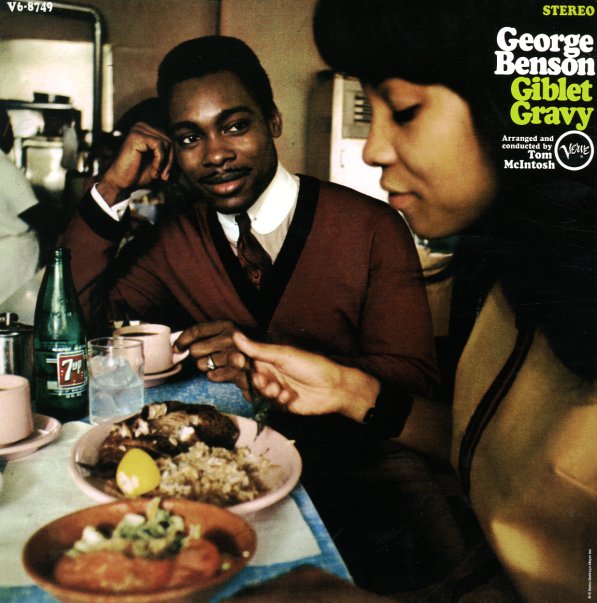 Very groovy work from guitarist George Benson – and a set that really helped him make the transition from small group soul jazz to some of his more ambitious work to come! The album's still quite soulful and a bit funky at times – but it also features larger arrangements from the great Tom McIntosh – cast in a blend of modern rhythms, shades, and colors that really help open up Benson's sound. The approach is similar to that McIntosh was using with Bobby Timmons and Jack McDuff at the same time – tight backings, but still with plenty of room for the lead soloist – and Benson's got a great affinity for this sort of album. The tracks are a nice mix of originals and pop items – with cuts like "Sunny", "Thunder Walk", "Walk On By", "Giblet Gravy", and "Sack Of Woe". Plus, the CD features 3 bonus tracks – "Billie's Bounce", and 2 alternate versions of "What's New?".  © 1996-2021, Dusty Groove, Inc.
(Out of print.)

Chamber Music Of The New Jazz
Verve/Argo, 1955. Used
CD...$11.99
Beautiful work from Jamal's early Chicago years – and a perfectly titled set that really gets at the differences he made in modern jazz! The tunes are wonderfully fluid, soulful, and swinging – but not in the gutbuckety style of other trios of the time, more in a lightly modern style ... CD

Gillespiana (with bonus tracks)
Verve/Poll Winners Records (Spain), 1960. Used
CD...$8.99
A great burner from Diz – and one that features a large group, long tracks, and some stellar early work from Lalo Schifrin! Schifrin was in Diz's group at the time, playing piano and contributing fantastic Latin-tinged arrangements that gave the band a whole new life. Other players on this ... CD