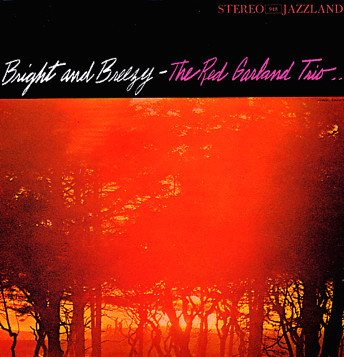 Bright, breezy, and plenty darn soulful – a nice little post-Prestige album that almost has Red Garland returning to the piano with the tightest focus of his earlier years! The trio here features Sam Jones on bass and Charlie Persip on drums – both of whom punctuate the groove with the same sense as Red's classic trio – and who seem to inspire him to some even more punched-up lines on the set. The style's a bit like that with which Oscar Peterson was winning the crowds at the time – but Red's still got plenty of that old Garland emotion in the mix as well. Titles include a nice longish take on "Lil Darlin", plus the tracks "On Green Dolphin Street", "Blues In The Closet", "So Sorry Please", and "What's New".  © 1996-2021, Dusty Groove, Inc.
(Orange and black label Jazzland pressing! Cover has light wear and a split spine, vinyl has a small click on one track.)