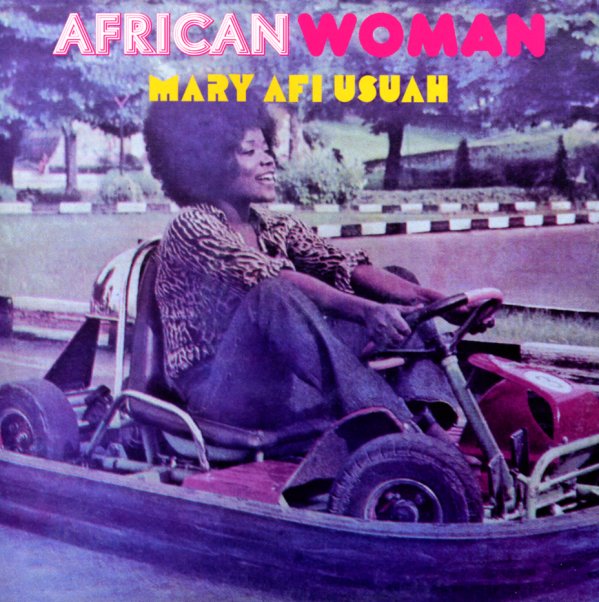 One of the most hard-grooving set we've heard from singer Mary Afi Usuah – a set that has all these deep, bassy currents on the bottom – which hold a nice groove underneath Mary's heavenly voice! Usuah has a range that's much greater than some of her contemporaries – no surprise, since she studied opera in Rome – but the style here is nicely gritty overall, with bumping bass and some riffing guitar that almost pushes some numbers into Betty Davis territory, but with more of a 70s Afro soul vibe. Imagine if Miriam Makeba made a funk record, and you'll get part of the feel of this unique little set – which includes the cuts "What's A Woman To Do", "Sweet Elijah", "Our Generation", "Spread More Love", "Kam Fat Owo", "African Woman", and "Tenkim Kpoho".  © 1996-2021, Dusty Groove, Inc.