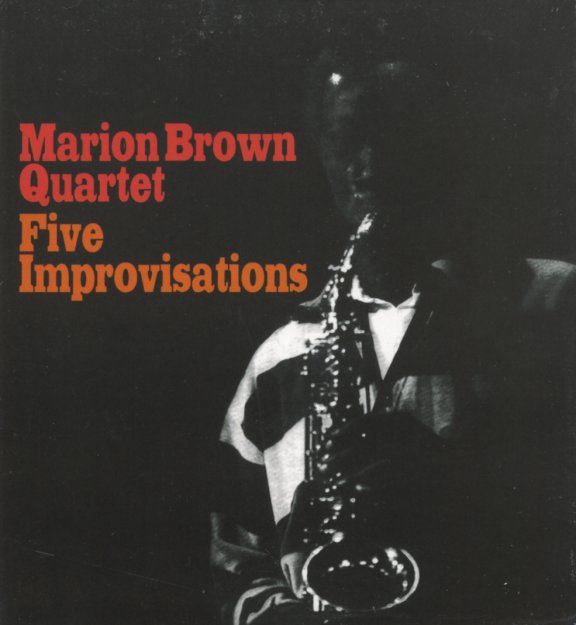 Fantastic work from reedman Marion Brown – an unissued live set from the mid 70s, and one that features a whole new side of his talents! The music is definitely the improvisations promised in the title – but never in a free jazz sort of way, as Brown is working with a group, who have a nice sort of swing on all the tracks – and almost put Marion into hardbop territory that he hardly ever touched at this time! The whole performance is a unique glimpse at that much richer life that Brown was living overseas in the 70s – a time when he was connecting strongly with the jazz scene in Europe, in ways that were not always that well-documented on record – and also working on the American underground, but in ways that were different from some of his better-known material. This set is certainly one of those sides of his career – a beautifully swinging, soulful set that also features work from Brandon Ross on guitar, Jack Gregg on bass, and Steve McGreven on drums. Titles include "First Improvisation", "Second Improvisation", "Third Improvisation", and so on.  © 1996-2021, Dusty Groove, Inc.