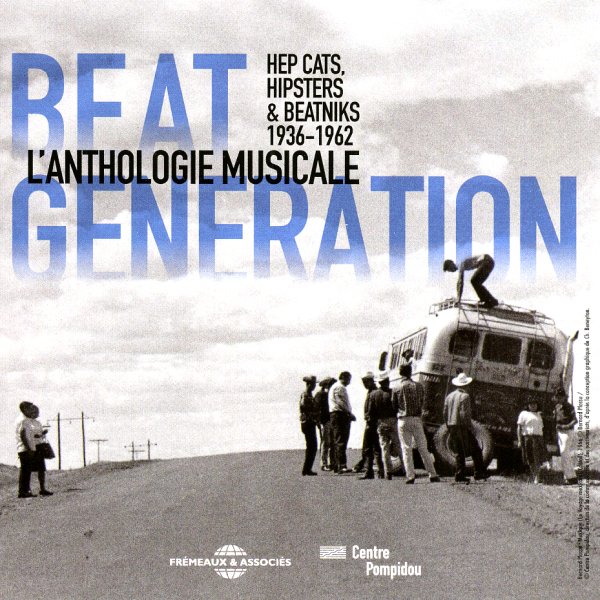 A really cool set that looks at the rise of late 50s beatnik culture from a variety of different styles – not just the jazz and poetry that marked that scene's biggest contribution to music – but also the wealth of modes that inspired those years too! The 3CD package features a stunning 57 titles in all – and begins in the late 30s with hard-edged small combo work and jive-heavy vocal tracks – then runs past WWII to include some bebop, R&B, and very cool vocal numbers – before moving into Greenwich Village classic sounds in a mix of spoken word, jazz poetry, and even a bit of folk! The booklet is filled with notes and history in both English and French – and titles include "The Beat Generation" by Bob McFadden, "High School Drag" by Phillipa Fallon, "The Nazz" by Lord Buckley, "American Haikus" by Jack Kerouac & Al Cohn, "Route 66" by Bobby Troup, "Gator Tail (part 2)" by Cootie Williams, "Rock & Roll" by Wild Bill Moore, "Killin Jive" by Cats & The Fiddle, "You'se A Viper" by Stuff Smith, "Scrapple From The Apple" by Les Double Six, "Kookie's Mad Pad" by Ed Byrnes, "So What" by Eddie Jefferson, "Howl" by Allen Ginsberg, "I Sing Of Olaf" by Roger Steffans, "Say Man" by Bo Diddley, "Shulie A Bop" by Sarah Vaughan, and "The Rocket Ship Show" by Jocko Henderson.  © 1996-2022, Dusty Groove, Inc.