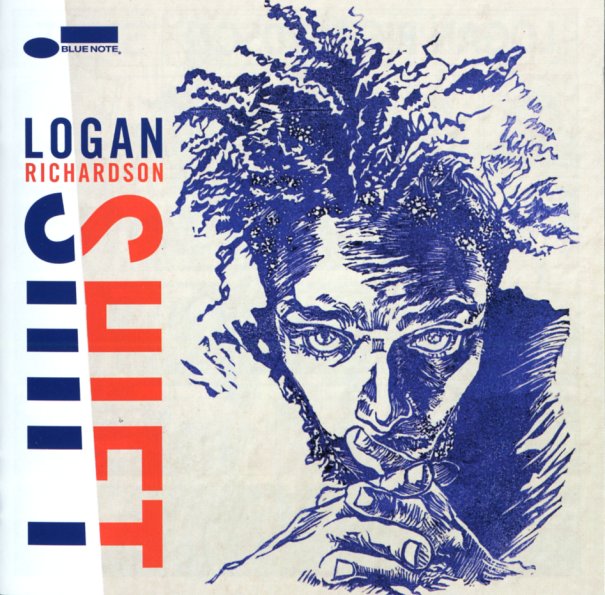 The Blue Note debut of alto saxophonist Logan Richardson – an up-and-coming player you might know from a few previous records, or his work with Jason Moran, Gerald Clayton, or the Next Collective! This set may well surpass all those other projects, though – as Richardson's really emerging as a visionary in his own right – leading a creative quintet here that features strong piano and Fender Rhodes from Moran, guitars from Pat Metheny, and drums from Nasheet Waits – a lineup that might well intimidate a weaker player, but which really seems to set Richardson on fire! The presence of both Metheny and Moran is great – and gives the music this electric vibe that also retains an edge – one that makes for a nice counterpart to Logan's lines on alto, and which seems to underscore some of their darker qualities too. Production and performance are pretty straightforward, which is a further strength of the set – and titles are mostly originals – save for a version of Bruno Mars' "Locked Out Of Heaven". Original tracks include "Time", "Alone", "Imagine", "Creeper", "Mind Free", and "In Your Next Life".  © 1996-2021, Dusty Groove, Inc.