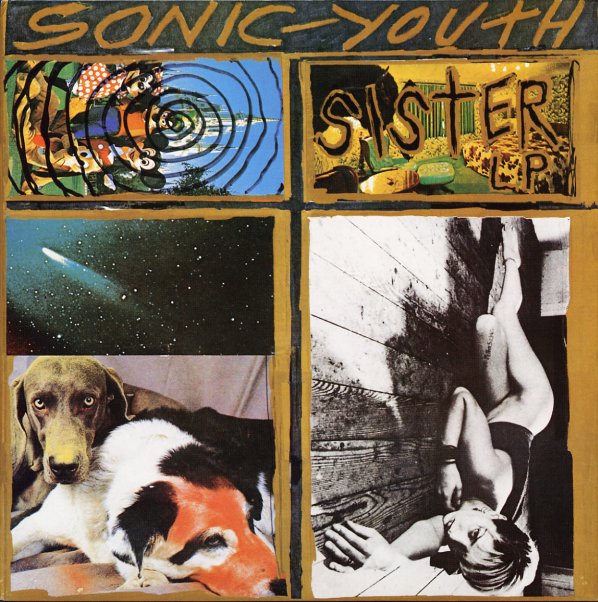 The second album in Sonic Youth's three album run as one the most exciting bands in underground rock, and possibly the greatest album in their long, long career! It doesn't take a genius to ram a screwdriver into the neck of a guitar, but when they're at their best (as they are on EVOL, Sister, and Daydream Nation), Sonic Youth is dizzyingly great. Thurston Moore and Lee Renaldo spin acres of white noise beauty on Sister, a melodic hurricane that really set the standard for the band's future work. It's way more than the lull, lilt, then ROAR style if indie rock that blanketed the late 80s/early 90s scene. The songs run much deeper than that, with subtleties galore within all the clatter, making the frenzy around the corner that much more powerful. Essential! "Schizophrenia", "Catholic Block", "Beautie Lies In The Eye", "Stereo Sanctity", "Tuff Knarl", "White Cross", "Master Dik" and more.  © 1996-2021, Dusty Groove, Inc.
(Includes download with bonus track!)