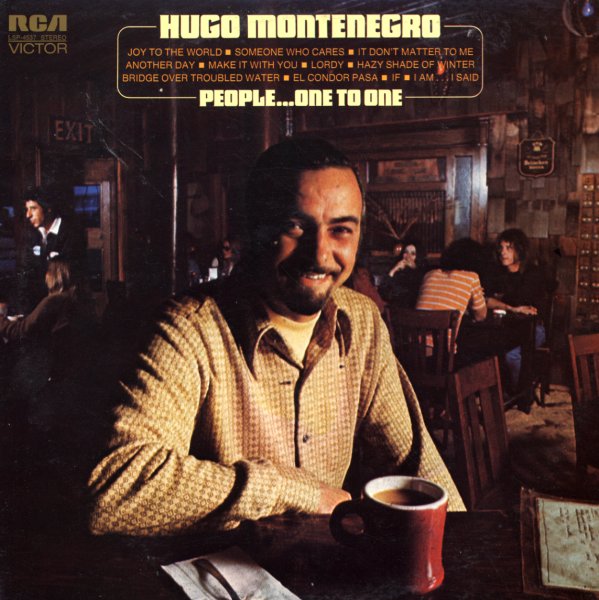 People – One To One

Key transitional work from Hugo – a record that has some of the groovy touches of his late 60s work, and some of the moogy touches of his 70s period! Not all tunes feature moog, but a few have some excellent work on the instrument by Eddie Kalehoff – and those that don't feature some very swinging Montenegro touches that include spare orchestrations, wordless vocals, and odd instrumentation! Titles include "Lordy", "Another Day", "Make It With You", "Hazy Shade Of Winter", "Joy To The World", and "Come Again".  © 1996-2022, Dusty Groove, Inc.
(Cover has minimal wear and a cutout notch.)