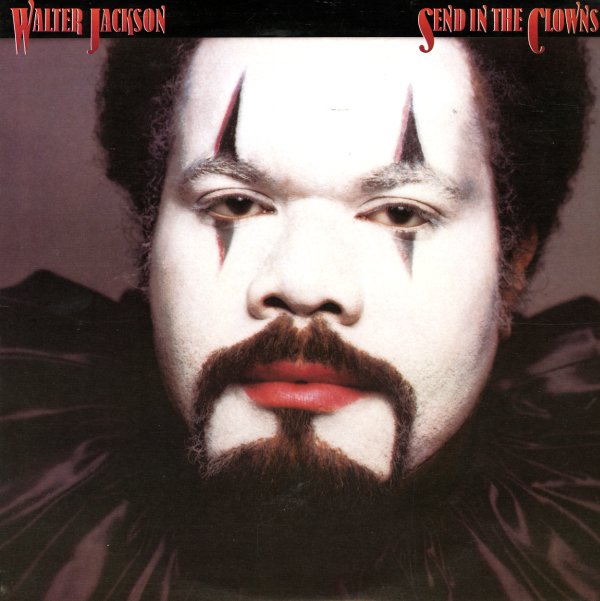 Send In The Clowns

Forget the million times you've heard the schmaltzy title tune of this one – and check out Walter's version! Like most of his work from the time, the album's an incredibly mature batch of soul tracks – recorded in a very adult style that was similar to Teddy Pendergrass' work from the same period. The arrangements are great, and the mix of tunes that includes "Send In The Clowns", "The Meeting", "Golden Rays", "Magic Man", and "Girl You're A Woman" is handled with a perfect modern style by Carl Davis.  © 1996-2023, Dusty Groove, Inc.
(Cover has some edge and surface wear.)

Speak Her Name
Okeh, 1967. Very Good+
LP...$14.99
Unbelievably beautiful work – and possibly the greatest album ever from the mighty Walter Jackson! Jackson was one of the best singers to come out of the Chicago soul scene of the 60s, and his Okeh recordings are a perfect example of the city's sophisticated approach to Iceman soul – ... LP, Vinyl record album

Memorial Album
Duke, Early 50s. Very Good
LP...$3.99 (CD...$4.99)
The only full album from Johnny Ace – a key figure in the Memphis scene of the 50s, and one of the first great casualties of rock and roll! Johnny was one of the first singers to record for the legendary Duke label, and worked in a mode that helped transform the smoother style of the west ... LP, Vinyl record album

Jim Breedlove Sings Rock N Roll Hits
Camden, 1958. Very Good
LP...$7.99
The title makes the set sound like a cash-in, but the record's got a rock-solid pedigree, and a strong R&B vibe – great vocals from Jim Breedlove, working solo away from The Cues – with arrangement help from Dave Martin, and some tenor solos from Sam The Man Taylor! LP, Vinyl record album