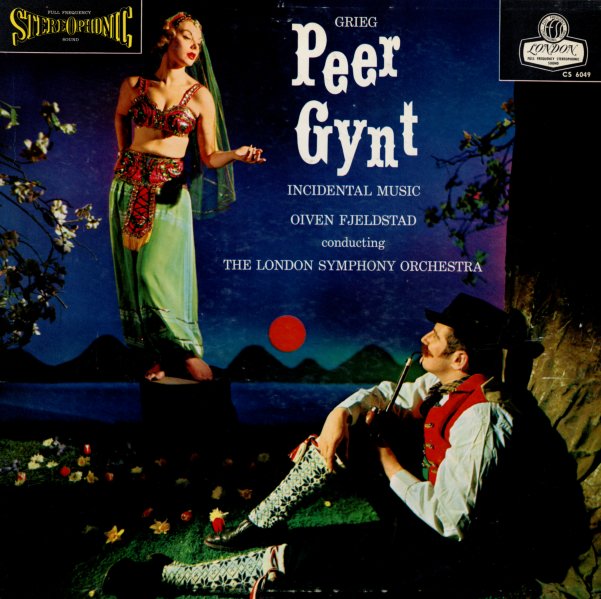 (Wide band stereo pressing with deep groove – 2E/2E – in a blue back cover. Vinyl has a mark that clicks a bit on "Morning Mood". Cover is lightly bent at the top right corner.)