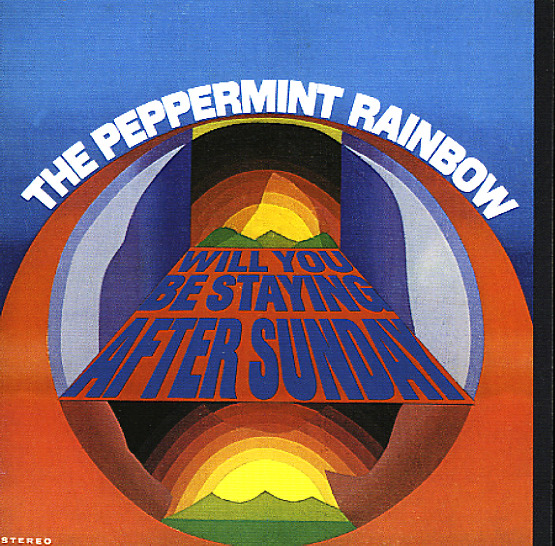 Will You Be Staying After Sunday

A wonderful bit of sunshine pop from the very obscure Peppermint Rainbow – a male/female harmony group with a sound that was a lot like the Mamas & Papas – blending folk rock and sweet pop into a really sunny groove! The album's worth it alone for the massive title track – "Will You Be Staying After Sunday", a tune that's got a sad undercurrent that seems to single-handedly dismantle all of the sexual freedom offered by the late 60s with a one sentence confession of the emotionality that was also attached. Other tracks are also nice – and include "Don't Wake Me Up In The Morning Michael", "Run Like The Devil", "I Found Out I Was A Woman", and "Walking In Different Circles" – most of which were written by arranger/producer Paul Leka.  © 1996-2020, Dusty Groove, Inc.
(Still sealed, with hype sticker and vintage sale sticker. Cover has a small cutout hole.)