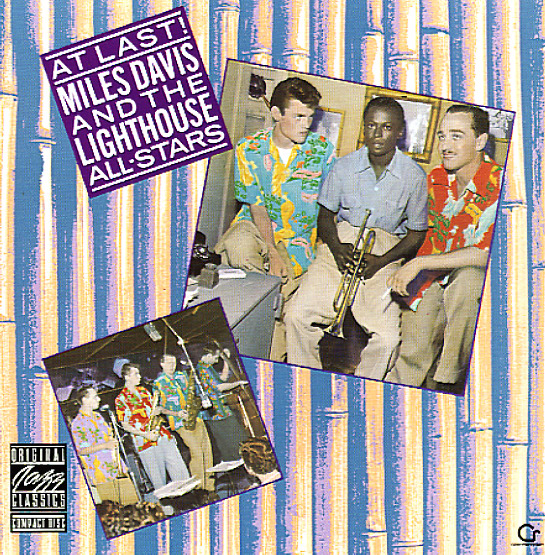 Quite an unusual moment in west coast jazz history – one tremendous night at the legendary Lighthouse nightclub, that featured performances by both Chet Baker and Miles Davis! Chet and Miles didn't play in the same group, but both graced the same bandstand on the same night – working through a shifting lineup of personnel in what was a "showdown" of sorts – especially since Chet had just beat Miles out in the 1953 Downbeat poll! Most of this issue is actually Miles playing with the Lighthouse group, which includes Bob Cooper, Howard Rumsey, Bud Shank and Max Roach who also gets a moment to shine on his solo "Drum Conversation" – and other titles include "At Last", "Infinity Promenade", "Round Midnight" and "Night In Tunisia".  © 1996-2022, Dusty Groove, Inc.
(80s pressing. Cover has light wear and a promo stamp.)

Red Mitchell Quartet (aka Presenting Red Mitchell)
Contemporary, 1957. Near Mint-
LP...$19.99
Great early work from bassist Red Mitchell – one of his few sets as a leader in the US, before going on to a wide range of records overseas! The lineup is unusual – as Red is working with a group that features the great James Clay on flute and tenor, alongside Lorraine Geller on piano, ... LP, Vinyl record album