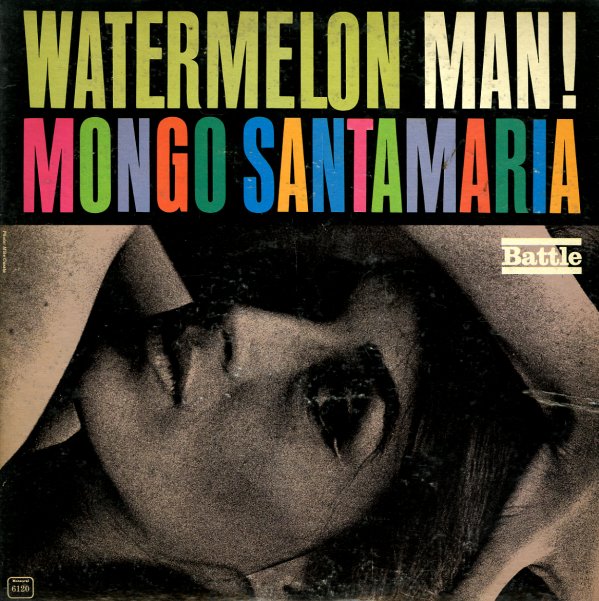 A seminal moment in the career of Mongo Santamaria – and probably the first record to show that he was destined for greatness! As you might guess from the title, the set features Mongo's key recording of Herbie Hancock's "Watermelon Man" – served up here in a sharp-edged Latin jazz version that pushed the tune into a whole new audience, and which was one of the first big groovers of its type in the pre-Latin Soul years! The group here is totally great – with players that include funky flautist Mauricio Smith, baritone genius Pat Patrick, and the always-great Bobby Capers – all key players who illustrate Santamaria's genius for picking horn players. Titles include "Watermelon Man", "Yeh Yeh", "Funny Money", "Go Git It", "Sauvito", "Cut That Cane", and "Bayou Roots".  © 1996-2021, Dusty Groove, Inc.
(Mono red label pressing.)

Saboreando – Pot Full Of Soul
Dorado, 1969. Near Mint-
LP...$19.99
Lost grooves from Spanish Harlem – an incredible set of Latin Soul from The 107th Street Stickball Team! With a name like that, the group certainly aren't as well-remembered as contemporaries like Joe Bataan or Willie Colon, but they've got a soulful groove that definitely fits the style of ... LP, Vinyl record album