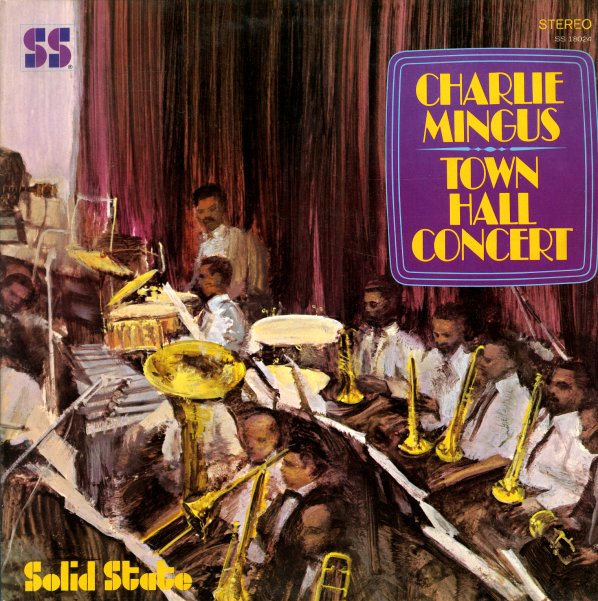 A legendary work – featuring Charles Mingus' great and chaotic Town Hall concert, one of those special events that achieved legendary status before it even started – not just because of the range of great musicians involved, but because the whole set was barely off the ground by the time it began! The set features a brilliant set of arrangements that Mingus barely copied and handed around before the show started – but that hardly stopped the music from being great, because everyone plays magnificently, especially Jerome Richardson and Charles McPherson, who was hitting a really great period here with Mingus. Tracks include "Epitaph", "Clark in the Dark", "Freedom", and "My Search".  © 1996-2020, Dusty Groove, Inc.
(Cover has a cut corner.)

Shoes Of The Fisherman's Wife
Columbia, 1959/1971. Near Mint-
LP...$14.99
80's reissue that brings together tracks from two different Mingus Columbia sessions – one from 1959, and one from 1971. The '71 material is the extended "Shoes of The Fisherman's Wife Are Some Jive Ass Slippers", which is one of Mingus' best works from the decade. The other ... LP, Vinyl record album