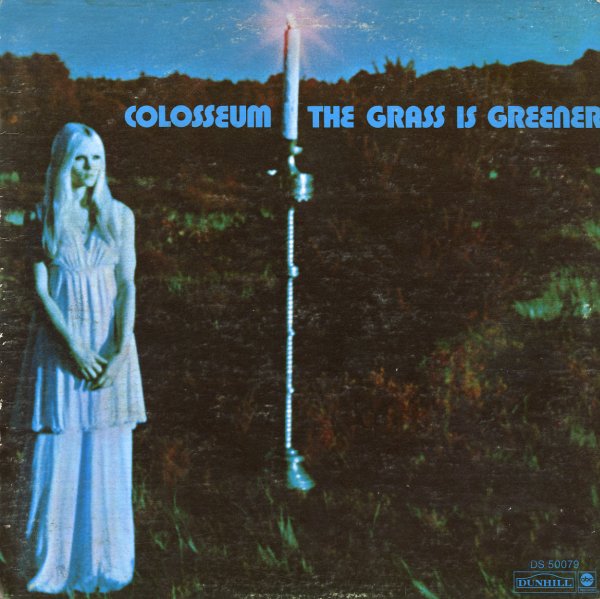 Although Colosseum are probably best known as a hard rocking progressive band, they certainly had plenty of jazz touches – and this album spawned the great groover "Elegy", which has become something of a jazzy dancefloor classic over the years! Overall, the record's got some very tight drumming, plenty of hard-wailing organ work, and a basic groove that takes off where the beat groups of the 60s left off – pushing into more expansive, more progressive jazz territory. Chris Farlowe's vocals can be good or bad, depending on the moment – but on the funkier cuts, like "Elegy", "Ropeladder To The Moon", and "The Machine Demands a Sacrifice", they have a sort of madness that makes sense, and which really sounds great. Other tracks include "The Grass Is Greener", "Lost Angeles", "Jumping Off The Sun", and "Butty's Blues".  © 1996-2021, Dusty Groove, Inc.
(Original US pressing. Cover has light wear, and some aging inside the gatefold.)