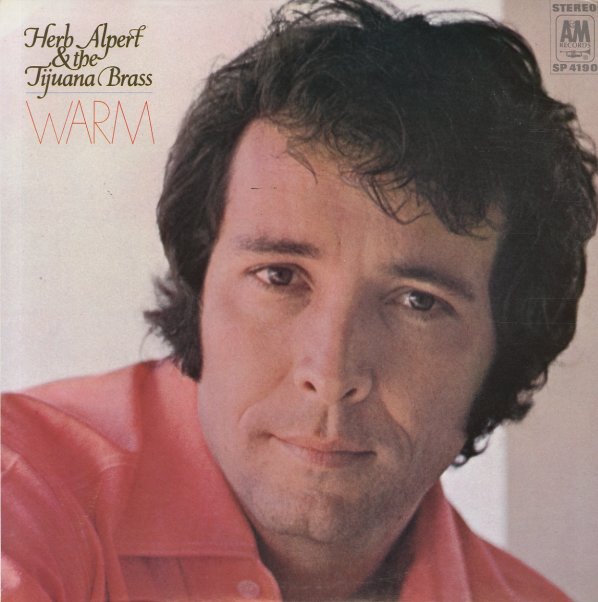 A fantastic record from the late 60s years of Herb Alpert – a time when the trumpeter was really opening up his sound, and starting to hit some of the same cool styles of his other great acts on the A&M label! Gone are the trademark Cali-Mex arrangements of the early Tijuana Brass records – and in their place are these soaring, soulful styles that draw heavily from the late 60s changes in Brazilian music, American soundtracks, and jazz! Shorty Rogers helped a bit with the charts, and you can definitely hear his cool touches in the mix – and the trumpet solos are nicely changed up from previous records too. Herb does a great job with Nilsson's excellent cut "Without Her", and the band grooves nicely on Brazil cuts "The Sea Is My Soil" and "Zazueira", plus "Pretty World", "To Wait For Love", "Sandbox", "Marjorine", and "The Continental".  © 1996-2021, Dusty Groove, Inc.
(Tan label stereo pressing.)

Burt Bacharach In Concert
A&M/MFP (UK), Early 70s. Near Mint-
LP...$14.99
An incredible live recording by Burt Bacharach – and one that wasn't issued in the US! This early 70s concert is great proof that the Bacharach magic didn't come from any studio tricks – but from the genius of Burt himself – as the maestro's working here in a fantastic larger-than ... LP, Vinyl record album