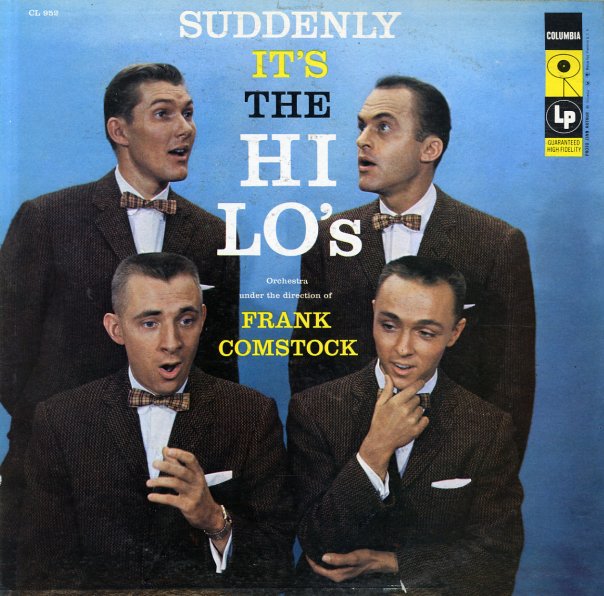 Dreamy harmony jazz from the great Hi-Los – one of the hippest groups of the 50s, with a sweet quartet approach similar to The Four Freshmen, and which had a huge effect on pop in the 60s! The tunes on the set feature the group working with Frank Comstock – in an amazing style that turns just about any song into a unique little affair, voices sliding and colliding, running together with incredible richness that really opens up the tunes. Titles include "Life Is Just A Bowl Of Cherries", "Stormy Weather", "Basin Street Blues", "Brahm's Lullaby", "My Sugar Is So Refined", "I Married An Angel", and "Love Walked In".  © 1996-2021, Dusty Groove, Inc.
(Mono 6 eye pressing with deep groove.)