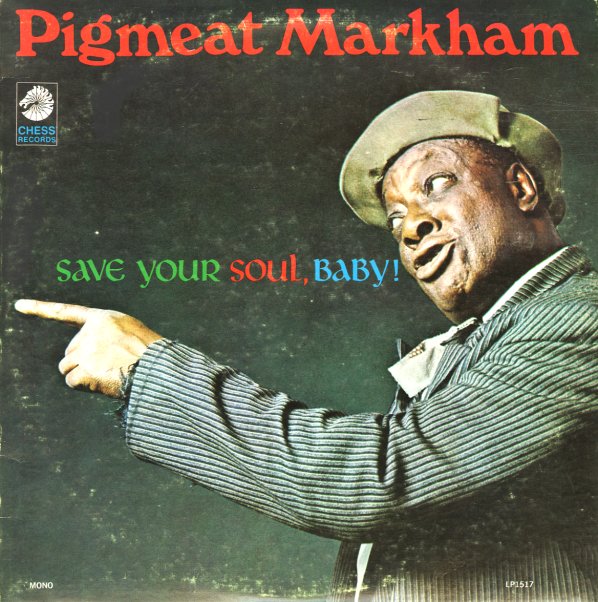 Save Your Soul, Baby!

Pigmeat recorded live, before very familiar company, at the Regal Theater in Chicago – during the height of its 60s fame! The album features Pig working his way through a set of hilarious routines based on misunderstanding and sexual innuendo – and titles include "Sleep With My Baby", "The Honeymooners", "You Got To Marry My Wife", and "Socks".  © 1996-2022, Dusty Groove, Inc.
(Original pressing. Cover has staining and waviness on the bottom seam.)