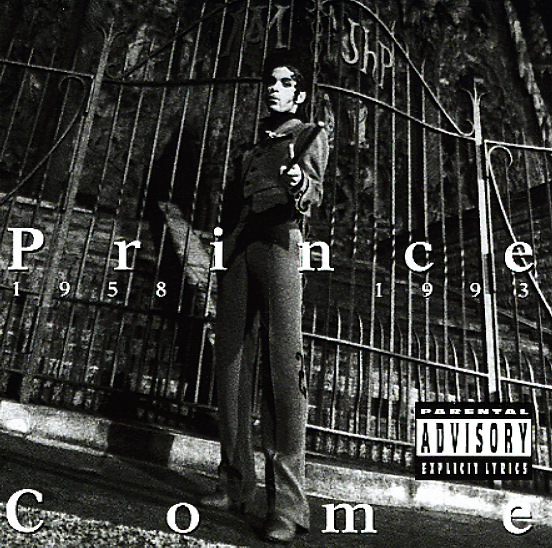 The last album before his Princeness became know as the Artist Formerly Known As Prince. Much better than you might expect from an album that appeared, at least at the time, to have been pulled mostly from his huge archive of tapes, with a sound that seems to date it from the surrounding New Power Generation years. Includes "Pheromone", "Papa", "Race", "Come", "Space", "Loose!", "Dark", "Solo", "Letitgo" and "Orgasm".  © 1996-2022, Dusty Groove, Inc.

3121
Universal, 2006. Used
CD...$3.99
A strong effort from the mid 00s revitalized Prince – one that doesn't approach the greatness of the best material, but a graceful and consistent gem nonetheless! As it was done on his big ol' comeback album, Musicology, Prince takes strides to revisit his classic styles on the different ... CD

Musicology
NPG, 2004. Used
CD...$2.99
A very strong album by the one-and-only Prince – maybe the catchiest, most rewarding full length by the royal one since the Revolution days! Musicology is most notable for the undeniable exuberance and joy that vibrates from the speakers, track after track. Prince seems to be having fun on ... CD

New Directions
Warner/Sundazed, 1977. Used
CD...$11.99
The Meters take their Crescent City groove in a slightly different direction – giving things a warmer, sunnier feel than their previous records – and bringing in a fair bit more vocals, too – yet still keeping all the right funky elements at the bottom! The move is a bit like ... CD

Stretchin' Out In Bootsy's Rubber Band
Warner (Germany), 1976. Used
CD...$12.99
Bootsy Collins' first solo album as a leader – and a masterpiece of slow bassy funk that set the tone for countless other groups to come! Bootsy steps into the spotlight with a tremendous amount of confidence and personality on the record – emerging as the one real star that could ... CD

All The Greatest Hits
Warner/Reprise, Early 80s. Used
CD...$6.99
The true heroes of mainstream funk in the early 80s – the legendary Roger Troutman and Zapp – key heirs to the sounds of P-Funk in the 70s, with a groove that stretched all the way from their native Ohio to make a huge impact in LA! This collection features most of the group's key ... CD