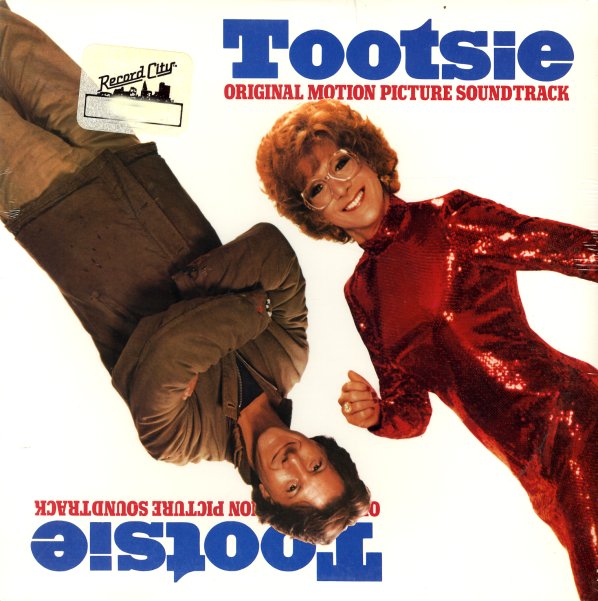 A sweet Dave Grusin score for Tootsie – a film that's probably best remembered for its gimmick of Dustin Hoffman in drag, but which actually has a much classier pedigree from a musical perspective! Grusin's music is mostly jazzy and keyboard-heavy – with plenty of echoes of his 70s scoring, but also some of the 80s tones that were coming into his work on GRP Records – thanks to a change in keyboards used, and some of the production styles too. Stephen Bishop performs on the cuts "It Might Be You", "Tootsie", "Media Zap", and "Montage Pastorale" – and other titles include "Working Girl March", "Metamorphosis Blues", and "An Actor's Life".  © 1996-2021, Dusty Groove, Inc.
(Cover has light wear and a small sticker on back.)

Outland
Warner, 1981. Near Mint-
LP...$6.99
One of Jerry Goldsmith's darker scores of the later years – a really spooky bit of music for this eerie sci-fi movie! Although set in space, the film's music almost has a horror feel – really close, claustrophobic, and tense – put together by Jerry with these brooding string ... LP, Vinyl record album