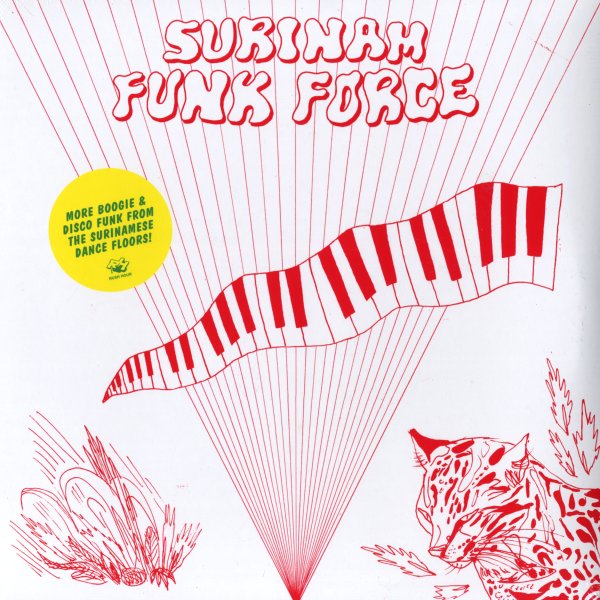 A huge range of funky soul cuts from a very surprising source – the nation of Surinam, which didn't earn its independence until the mid 70s – which then seemed to pave the way for a big wave of wonderful music like this! The cuts often have a groove that's more northern hemisphere club than you'd expect from the nation's South American locale – and given that the nation was previously under the control of the Dutch, there's a lot of back/forth action here with European sounds, styles, and studios – which results in some great grooves that have a really unique hybrid in their approach! Rhythms are strong, but never too slick – never totally polished, as in a Euro disco mode – and instead maybe feel like some of the best underground New York material of the period – especially the sort that was drawing influence from communities of new immigrants. Some tracks have straightforward vocals, others have more of a group chant vibe – and most cuts have at least one key jazzy element, which really sharpens up the sound. Titles include "Happines" by Errol De La Fuente, "Born To Boogie" by Steve Watson, "Craziest" by Sonny Khoeblal, "The Funky G" by Sumy, "Love Dance" by Eddie Tailor, "Kaseko Attack" by Ronald Snijders, "Jamasa Roro" by Astaria, "Tirsa Song" by Sound Track Orchestra & Silvy, "Jhoom Le" by Cyntia, "Freedom Is The Thing" by Langa Langa, and "Jammin With The Jam Band" by Jam Band 80.  © 1996-2022, Dusty Groove, Inc.