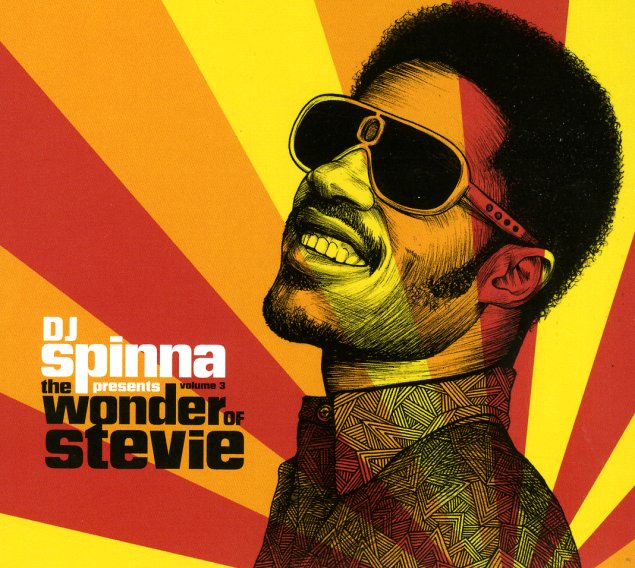 An incredible collection of Stevie Wonder cover versions – different versions of familiar tunes, but ones that really manage to sparkle with all the righteous soul of the Stevie himself! It's been over a decade since DJ Spinna brought us the last version of his Wonder Of Stevie series – and during that time, he's managed to come up with a huge amount of great tracks that make the whole thing go way way deeper than before – not just cuts that copy the Wonder mode, but which seem to draw strong inspiration from its genius, and really soar to the skies! Much of the music here resonates with a charm that's located around the years of albums like Music Of My Mind and Innervisions, with all the jazzy currents that might imply – and some cuts are 70s vintage, others are more contemporary. Titles include "Bird Of Beauty" by US Atlantic First Navy Show Band, "It's My Pleasure" by Billy Preston, "Love's In Need Of Love Today" by John Minnis Big Bone Band, "As" by Tony Sherman, "Buttercup" by Jackson 5, "Have A Talk With God" by East St Louis Gospelettes, "Betcha Wouldn't Hurt Me" by Quincy Jones, "Golden Lady" by Reel People with Tony Momrelle, "If You Don't Love Me" by GC Cameron, "If She Breaks Your Heart Again" by Foreign Exchange, "Don't You Worry Bout A Thing" by Black Sugar, "Go Home" by Jrod Indigo, and "Make My Water Boil" by David Ruffin.  © 1996-2021, Dusty Groove, Inc.