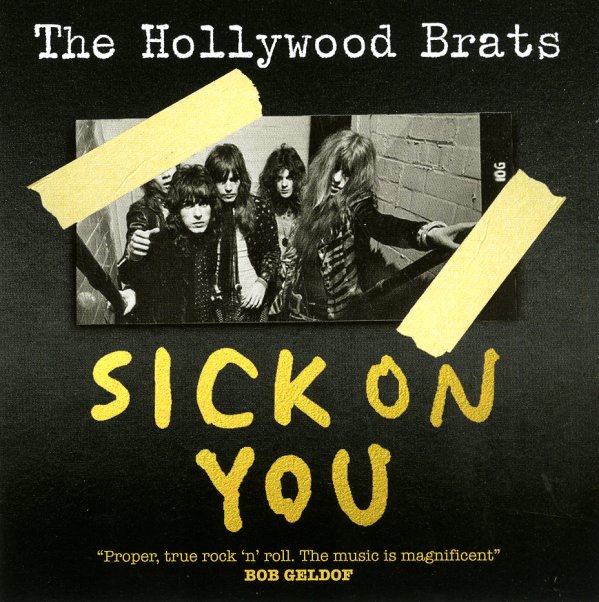 Sick On You – The Album/A Brats Miscellany

Trashy glam rock from the Hollywood Brats – the UK followers of the New York Dolls that bring too much raw, gleeful and punchy tunefulness to their knockoff to incur any wrath from us Doll devotees! The approach is the same is Thunders & Co, as is the love of feathers and lace – with a sneering, pre punk fire that can't be discounted! The Brats might even be more of a progenitor to simple punk than all purpose sleaze of the Dolls – with tracks that include "Chez Maximes", "Another School Day", "Nightmare", "Empty Bottles", "Courtesan", "Then He Kissed Me", "Tumble With Me", "Southern Belles", "Drowning Sorrows", and "Sick On You". This great 2CD set brings together the full Sick On You album – mostly recorded in 1973, with a sound that's very advanced for its time – plus a Brats Miscellany of 15 more rare tracks from the same period!  © 1996-2022, Dusty Groove, Inc.