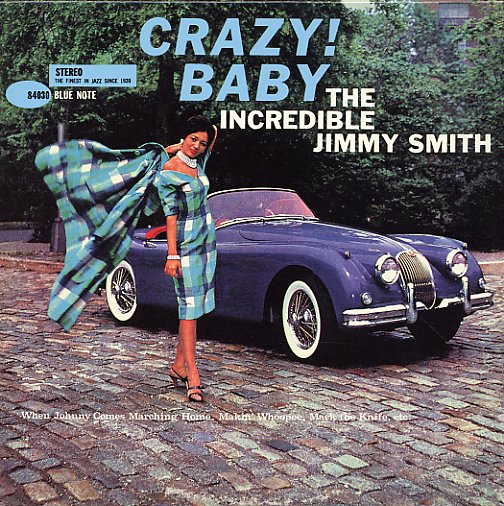 One of Jimmy's most classic albums for Blue Note – and a key example of why his solo skills on the organ surpassed most of his contemporaries! The record's got a stripped-down trio group of Jimmy, guitarist Quentin Warren, and drummer Donald Bailey – working through mostly familiar numbers, but taking them to places previously unheard of! The best example of this is the album's amazing version of "When Johnny Comes Marching Home" – a classic groover that takes the old snoozer and pumps it up with a snapping rhythm, then features Jimmy really working the whole thing over with an incredible solo! A similar format's applied to numbers that include "Mack the Knife", "Night in Tunisia", "What's New", and "Makin Whoopee" – and the album soars with an easy groove that's every bit of Jimmy at his best!  © 1996-2022, Dusty Groove, Inc.
(Liberty stereo pressing. Cover has some wear and aging, with splitting in the spine. Labels have some yellowing from age.)

Who's Afraid Of Virginia Woolf?
Verve, 1964. Very Good- Gatefold
LP...$7.99
A real treasure, and a record that may well be our favorite Jimmy Smith album for Verve – a masterful meeting of his smoking Hammond work with some swingingly sophisticated arrangements by Oliver Nelson and Claus Ogerman! Both Nelson and Ogerman bring a fuller spectrum of horn work to the ... LP, Vinyl record album