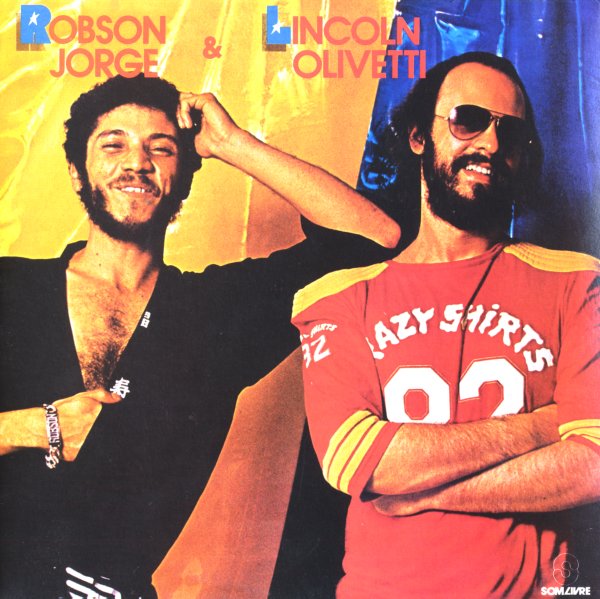 Great 80s grooves from this cool Brazilian duo – the guitar and vocals of Robson Jorge and a sweet range of keyboards from Lincoln Olivetti – tied together in a style that's got plenty of great electro soul touches! At some level, the album recalls some of the 80s grooves coming from the US soul scene at the time – but the music also has elements that reflect some of the Brazilian funk of groups like Unaio Black or Banda Black Rio, and maybe even some of the styles of Marcos Valle in the early 80s too! There's a depth to the instrumentation that reflects a stronger understanding of jazz than most groups of this nature – and the vocals often take more of a place on the sidelines in favor of the instrumentation. The jazz sound is underscored by work from Marcio Montarroyos on trumpet and Leo Gandelman on baritone sax – and titles include "Eva", "Jorgea Corisco", "No Bom Sentido", "Raton", "Squash", "Ginga", and "Alegrias".  © 1996-2021, Dusty Groove, Inc.