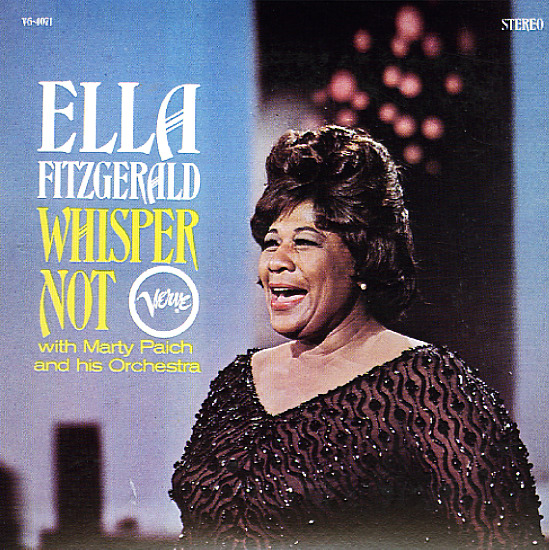 A groovier batch of tunes than usual for Ella – especially compared to most of her Verve recordings! Ella's getting backed here by Marty Paich and orchestra – in a mid 60s swinging mode that has a nice degree of kick to it, and which shows that Ella's able to groove like some of the other singers of the decade. And sure, the whole thing gets a bit cheesy at times – but in a good way that has Ella breaking from the staidness of her "songbook" sessions. Titles include "Old MacDonald", "Matchmaker", "Wives & Lovers", "Lover Man", "I've Got Your Number", and "Whisper Not".  © 1996-2021, Dusty Groove, Inc.
(MGM pressing. Vinyl has surface noise from oxidation.)