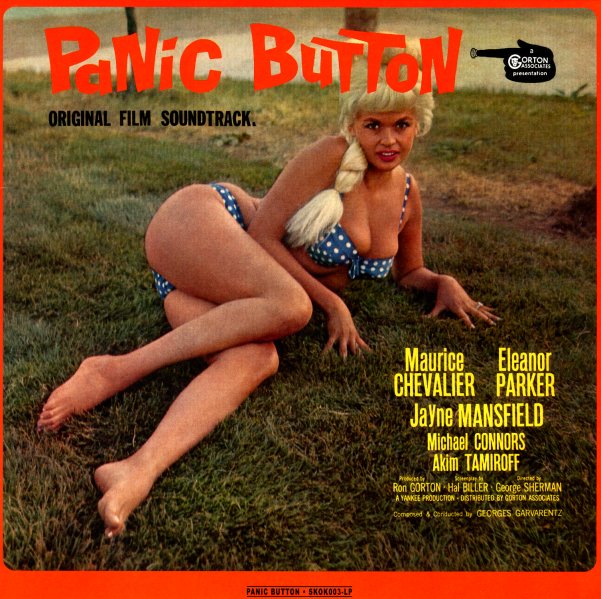 One of the coolest soundtracks we've ever heard from Georges Garvarentz – a composer who could do straight work when he wanted, but also turn out some nicely jazzy grooves – as he does on this mod classic from 1964! Garvarentz works in a sweet blend of strings and well-tuned orchestrations – sometimes full, but with standout flute passages – often a bit more lean, and really well suited to the sexy look of Jayne Mansfield on the cover of the album! Rhythms include a few nice bossa and jerk numbers – and there's a few Roman-tinged cuts, too – and the great Chrstiane Legrand even scats wordlessly on one especially groovy number. Titles include "Traffic In Rome", "The Chase", "Mediterranean Samba", "Un Clochard Ma'Dit", "Panic Button", "Love Is Wonderful", "On The Balcony", and "Flight To Rome".  © 1996-2021, Dusty Groove, Inc.