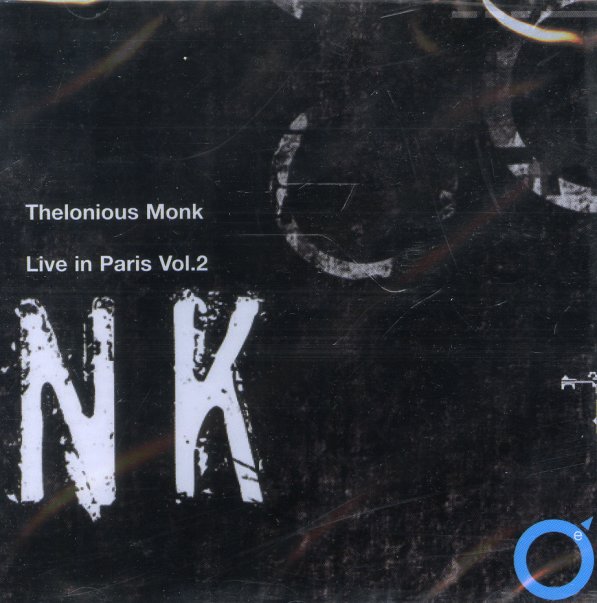 A crystal-clear live recording by Thelonious Monk – captured in Paris during the height of his best years on Columbia Records! The group here is Monk's key 60s quartet – with Charlie Rouse on tenor, Ben Riley on drums, and Butch Warren on bass – all players who are more than willing to give Thelonious plenty of space to stretch out on his own when he wants to, but also manage to come in and sharpen up the groove as well! Rouse's tenor is always a joy at this point, and the longer than usual tracks allow both he and Monk to solo freely. Titles include "Blue Monk", "Sweet & Lovely", "Hackensack", Rhythm-a-ning", "Bright Mississippi", and "Epistrophy".  © 1996-2023, Dusty Groove, Inc.
(Out of print and still sealed.)

Solo Monk (plus bonus tracks)
Columbia/Legacy, Mid 60s. Used
CD...$2.99 6.99
Monk plays unaccompanied on a mix of standards and originals, including "Monk's Point", "Dinah", "Ruby, My Dear", "Ask Me Now", and a classic version of "I Surrender, Dear" – done spare and moodily, with a really haunting tone! CD

Live At The It Club – Complete
Columbia, 1964. Used 2 CDs
CD...$7.99
A lost Thelonious Monk treasure from the 60s – a really open-ended live set recorded in LA in 1964, but not issued by Columbia until the early 80s – making the package a wonderful re-discover of Monk's genius during these years! The tunes are much more freewheeling than some of the ... CD