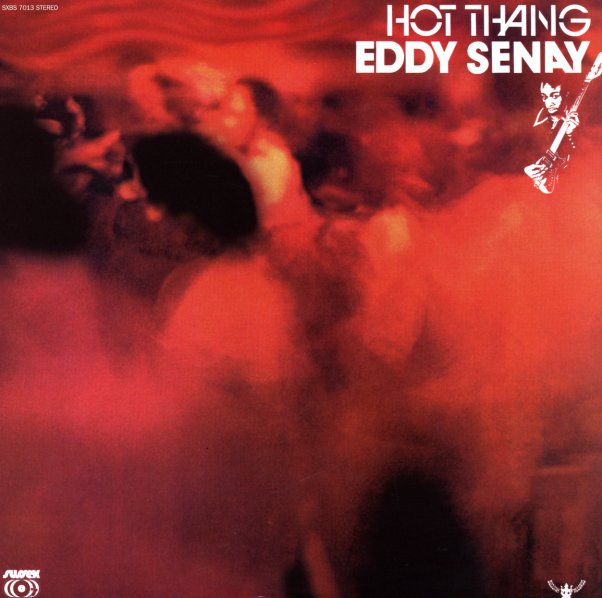 A heck of a great little guitar funk album – a rare early 70s session from the groovy Eddy Senay – an artist that we'd rank right up there with bigger names like Phil Upchurch, David T Walker, Dennis Coffey, or Eddie Fisher at the same time! Fisher's maybe the best comparison here – especially his second album for Cadet – as the style here is clearly born in jazz, but taken through lots of soul and funk territory – so that the instrumental tunes are maybe even heavier on groove than solo space – although Senay manages to deliver plenty with his fuzzy tone on the strings! Eddie's got roots in Detroit, and there's almost some Westbound Records elements taking place here at times – as the set was recorded in the Motor City with help from Johnny Clapton and Thomas Hale on tenor, Rudy Robinson on keyboards, Gordon Camp on trumpet, and some especially great work from Eddie Bongo Brown on congas – whose groove really adds a deeper layer to the tunes. Titles include great remakes of Donny Hathaway's "Zambezi" and Bill Withers' "Ain't No Sunshine" – plus "Jubo", "Hot Thang", "Message of Love", and "Down Home".  © 1996-2020, Dusty Groove, Inc.
(Cover has a cutout hole, ring & edge wear, half split top seam, and some splitting in the bottom seam and spine.)

Zulema (Sussex)
Sussex, 1972. Very Good- Gatefold
LP...$4.99
Zulema's first album – and one that's got a much deeper soul feel than any of her later work for RCA. Zulema wrote a lot of the tracks, plays piano, and sings in a very righteous soul voice that's equal parts gospel and equal parts 70s soul – much more stripped down than on later sides ... LP, Vinyl record album