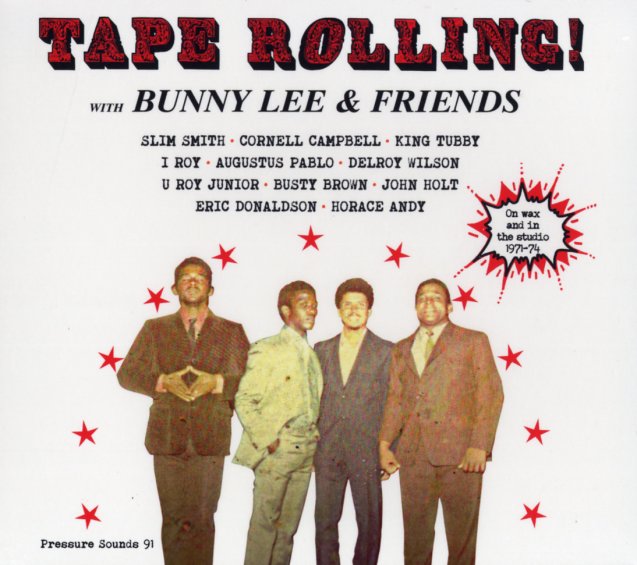 Rare gems from the vaults of Jamaican production genius Bunny Lee – material cut mostly at his home studio, in the company of some very good friends and musical associates – hence the artist listing on the set! Some of the cuts here are from rare dubplates or acetates, others are extended or unreleased tracks from back in the day – and the work is united by a warmly collaborative vibe, and that nicely gritty way that Lee had of cutting a tune – leaving all the sharp corners in place, with an especially nice crackle in the rhythms, while also letting the sweetness really flow from the singer in the lead! Titles include "The Time Has Come" by Slim Smith, "Stick By Me" by John Holt, "Give Me Love" by Cornell Campbell, "Two Ton Gulletto" by U Roy Junior, "Sentimenal Man (ext mix)" by Ernest Wilson, "Devil's Brother In Law" by I Roy & Augustus Pablo, "My Confession" by Cornell Campbell, "Man Next Door" by Horace Andy, "Cherry Oh Baby" by Eric Donaldson, and "Any Heart Can Be Broken" by Delroy Wilson.  © 1996-2021, Dusty Groove, Inc.

Dub Battle – Sly & Robbie Vs Roots Radics
Dubshot, 2021. New Copy
CD...$13.99 14.99
A set of dubs and remixes from the Final Battle album that featured both of the legendary rhythm teams in the lead – served up here by an all-star array of studio talents, who are pictured as old men in the flying saucers on the front! Yet don't let the age of the artists put you off, as the ... CD