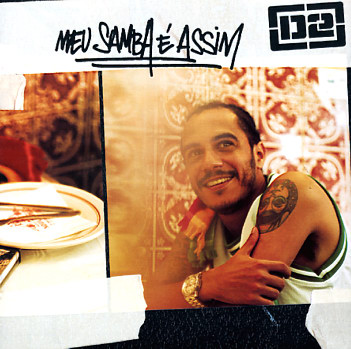 Marcelo's not lying with the title to this one – as the record bristles with a lot more Brazilian influences than some of his previous work – a brilliant blend of the classic and the modern, served up with plenty of hip hop touches! But while certainly in the hip hop camp, Marcelo's also deeply respectful to the sounds that influence his music – and he's got a subtle way of presenting his rhymes here that really moves away from a simplistic "beats with Brazilian" approach! The balance is hard to describe accurately, but it really comes off well here – and overall the record impresses us more than anything we've heard from Marcelo before, and over and above the Portuguese lyrics, the album's almost worth it alone for Marcelo's inventive production! Titles include "Sinistro", "E Assim Que Se Faz", "E Preciso Lutar", "Meu Samba E Assim", "Lada", "Pra Que Amor", and "Falador".  © 1996-2021, Dusty Groove, Inc.
(Out of print.)