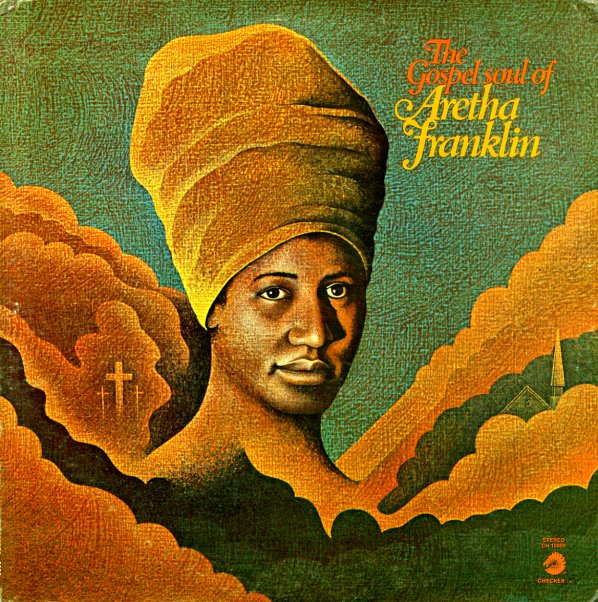 A collection of earlier work by Aretha Franklin – issued by Chess after her fame on Atlantic, but featuring tunes cut when a younger woman, working with famous father Reverend CL Franklin! Given that CL was one of the biggest stars of Chess' gospel recordings, there was plenty of material recorded back in the day – and Aretha's heard here on some great live tunes that mostly just feature piano backings. Nice raw energy here – 9 tracks in all, including 'Precious Lord", "You Grow No Closer", "The Day Is Past And Gone" and "He Will Wash You White As Snow".  © 1996-2021, Dusty Groove, Inc.
(70s pressing, in a black and white cover. Cover has a cutout mark, and is slightly bumped in one corner.)

Young, Gifted, & Black
Atlantic, 1972. Good
LP...$11.99
A beautiful album that perfectly mixes both sides of Aretha Franklin's talents – the hard-edged soul singer who first flourished at Atlantic records in the late 60s, and the artist who was growing even more as a vocalist – really reaching out her wings to more sophisticated material! ... LP, Vinyl record album

New Look
Checker, 1965. Very Good
LP...$29.99
With that whip in her hand, we're not gonna argue with Fontella Bass about her New Look in the photo – and we can definitely say that the whole classic album definitely lives up to her hip, powerful stance on the cover! Fontella's a singer who started in gospel, later sung jazz, but who ... LP, Vinyl record album