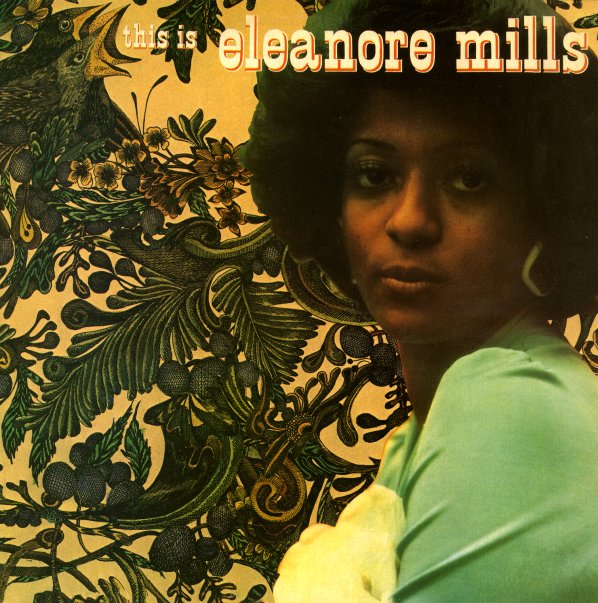 This Is Eleanore Mills

The only album ever cut by Eleanor Mills – and a female soul treasure from the 70s that we've totally loved for years! Eleanor has a style that's partly deep soul, but she often works with some of the sweeter soul tendencies of the east coast scene at the time – no surprise, as she recorded this set of tracks for the All-Platinum subsidiary Astroscope in 1974, with production by Sammy Lowe and The Moments – with a sound that's just out of the world! Eleanor's rich voice is produced with a super-dope New Jersey sound, occasionally mixed with harder instrumentation, and the kind of spacey soul arrangements that make the cuts float away into the heavens. The album's one of the lost holy grails of New Jersey soul – a female soul album you can stack proudly next to your All-Platinum classics by The Whatnauts or Moments – and titles include "Fascinating Devastating Man", "He Said Goodbye", "Stop Accusing Me", "Telegram", "Teach Me Baby", and "I'm Gonna Get You". CD features three great bonus tracks – "Singing The Blues", "Something Is On Your Mind", and a very cool vintage radio ad promoting the album!  © 1996-2022, Dusty Groove, Inc.