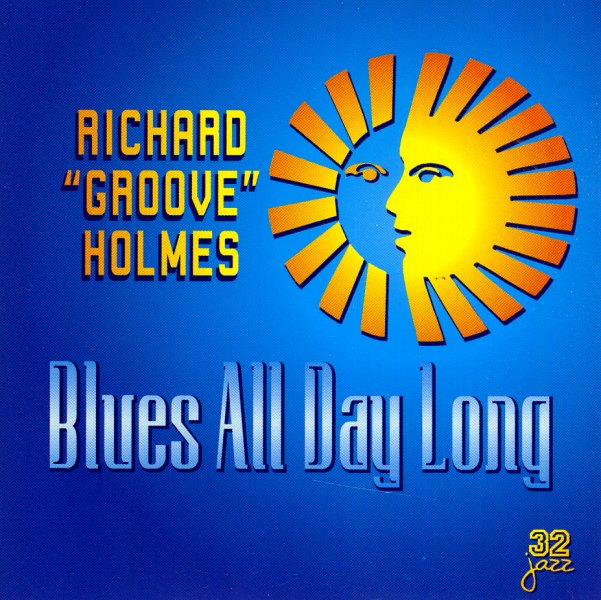 A great later date for Hammond hero Groove Holmes – with Houston Person on tenor, Cecil Bridgewater on trumpet, and Jimmy Ponder on guitar!  © 1996-2023, Dusty Groove, Inc.
(Out of print, mark through barcode.)

Best Of The Pacific Jazz Years
Pacific Jazz, Early 60s. Used
CD...$5.99
Early work by Groove Holmes – the one organist who showed the scene that the west coast could boast a Hammond player as strong as the giants emerging from the east during the early 60s. The set features tracks recorded during the 1960s for the Pacific Jazz label, with Groove in groups that ... CD

Tune-Up/Constellation – Endgame Brilliance
Cobblestone/32 Jazz, 1972. Used
CD...$5.99
Early 70s magic from Sonny Stitt – two albums recorded in 1972 for the Cobblestone label! First up is Tune Up – a great one from Stitt's post-Prestige years, and a real back-to-basics effort that recalls the genius of his work on Roost! The format is straight and simple – Stitt's ... CD

Greater Than The Sum Of His Parts (The In Sound/Mean Greens/Tender Storm/Silver Cycles)
32 Jazz/Atlantic, Late 60s. Used 2 CDs
CD...$14.99 19.99
Fantastic material from the late 60's period in which Eddie Harris was using his amazing tone, Atlantic's money, and the deep resources of the Chicago jazz scene to come up with some of the best recordings of his career. The four albums on this CD set – The In Sound, Mean Greens, Tender ... CD

Breakthrough (32 Jazz)
32 Jazz, 1972. Used
CD...$11.99
One of the last great albums that Hank Mobley ever cut! Although Mobley's 70s output was nothing compared to his 60s Blue Note work, this 1972 session for Cobblestone/Muse is a winner, and features the aging tenorist co-leading a crack quintet with Cedar Walton, and featuring Billy Higgins, Sam ... CD