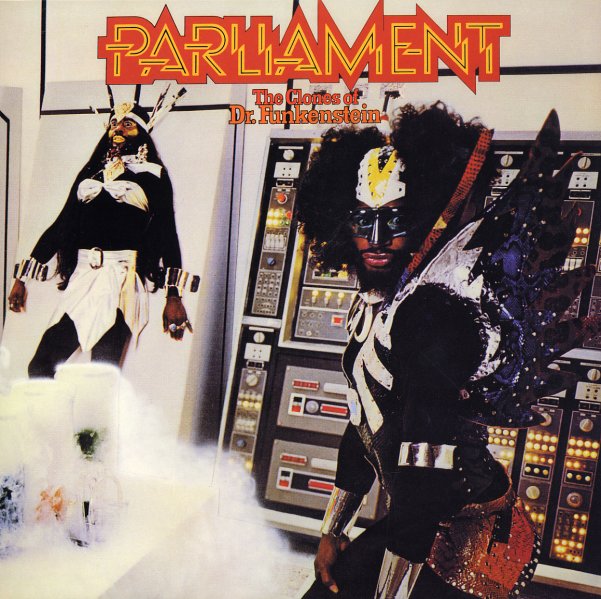 An oft-overlooked gem from Parliament – released during the year 1976, and sometimes hidden between monster LPs like Funkentelechy and Mothership Connection – but every bit as great as those two classics! The album's got that tightened-up P-Funk sound that was working so perfectly at the time – still with all the fuzzy haired elements of earlier years, but presented with a bit more focus – and a powerhouse swing that really drives the tracks home with a funky groove on the bottom! There's a flowing sort of energy here that almost makes you think that the whole thing just emerged naturally from the brain of George Clinton – but all ensemble players have a strong hand in the action, and really get some great moments in on the set. Cuts include "Gamin' On Ya", "Do That Stuff", "Children Of Production", and "I've Been Watching You (Move Your Sexy Body)".  © 1996-2021, Dusty Groove, Inc.
(Beautiful package – with this amazing 3D cover!)