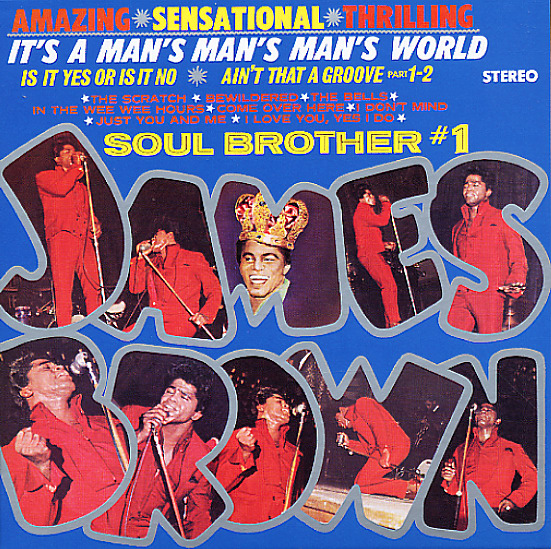 James Brown, proud and loud – a smoking 60s album that provides a great link between his earlier styles and his freer roots – with a brilliant blend of funk, soul, and a touch of raw R&B! Given the power of The Godfather at this point, there's no denying that even the older cuts have a punch that few others could match – making for a record that feels mighty darn unified, despite the stretch of time between a few of the recordings. Titles include the funky gems "Ain't That a Groove (pts 1 & 2)", "The Scratch", "Is It Yes or Is It No", and James' great version of "The Bells" that's always been one of our favorites – plus Just You & Me", "I Love You Yes I Do", "Come Over Here", and "I Don't Mind". The cover also comes with an "autographed" photo of James on the back with the text "James Brown Fans – Frame This 8 x 10 Picture" – and an image that says "Soul Brother #1 Is Peeking At You Thru The Key Hole"!  © 1996-2022, Dusty Groove, Inc.

Singin & Swingin
King, Late 50s/Early 60s. New Copy (reissue)
LP...$9.99 12.98 (LP...$11.99)
Some of the hardest, heaviest vocal group work of the pre-soul generation – a set of legendary King Records material by the young Hank Ballard and his always-tight Midnighters! The set captures them in the second chapter of their time at King – slightly cleaner in some of their subject ... LP, Vinyl record album