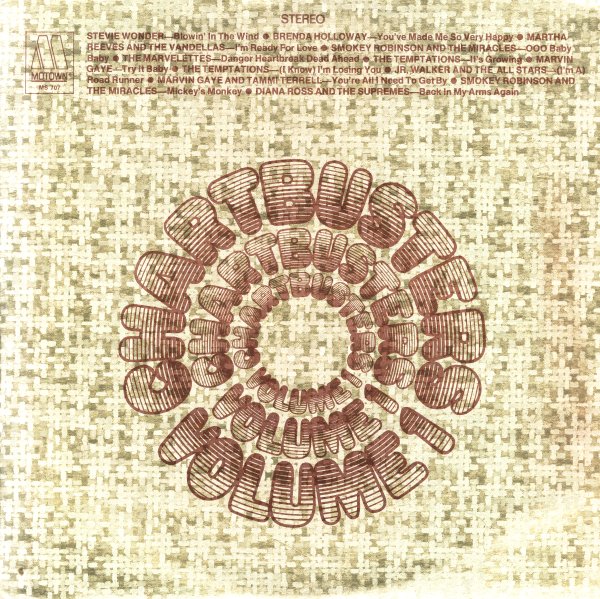 A dozen chartbusting hits from the motor city: Marvin Gaye "Try It Baby", the Temptations "(I Know) I'm Losing You", Jr Walker & The All Stars "(I'm A) Road Runner", Marvin Gaye & Tammi Terrell "You're All I Need To Get By", Smokey Robinson & The Miracles "Mickey's Monkey", Diana Ross & The Supremes "Back In My Arms Again", Stevie Wonder "Blowin In The Wind", Brenda Holloway "You've Made Me So Very Happy", Martha Reeves & The Vandellas "I'm Ready For Love", Smokey Robinson & The Miracles "OOO Baby Baby", the Marvelettes "Danger Heartbreak Dead Ahead" and the Temptations "It's Growing".  © 1996-2021, Dusty Groove, Inc.
(Cover has light wear.)