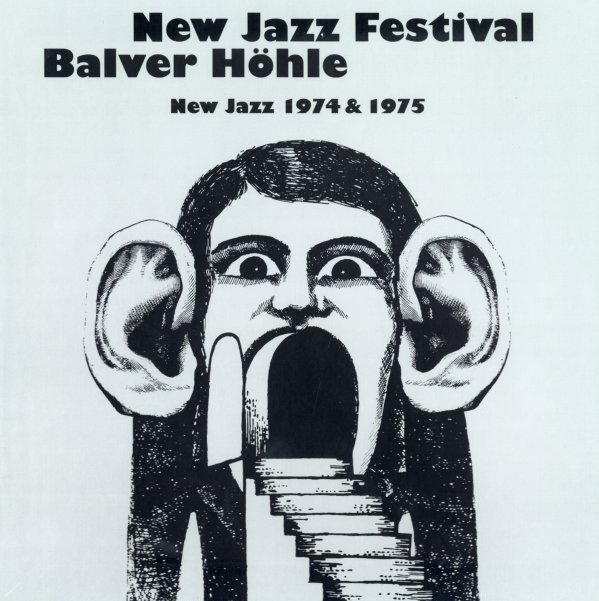 Incredible jazz from the German scene of the 70s – two years' of recordings from this important festival – one that presents all the "new jazz" promised in its name, but in a range that moves effortlessly between free jazz, modal moments, funky fusion, and even some groovy big band work too! Performers are a range from all over the European scene – and are represented here in a significant selection of material from each act – very well-recorded, and presented in this beautiful box set, along with a booklet of notes and photos as well. The scope of sounds is fantastic – and long performances include an set of improvisations from the trio of Peter Brotzmann, Fred Van Hove, and Han Bennink; two long electric tracks from Jasper Van't Hof's Pork Pie group, with Charlie Mariano on a range of reeds and Philip Catherine on guitar; four long improvisations from the SOS group of John Surman, Mike Osborne, and Alan Skidmore – plying in a great mix of reeds and electronics; there's also two long improvisations between pianist Misha Mengelberg and drummer Han Bennink; Gary Burton's quintet with Pat Metheny and Mick Goodrick on guitars perform three improvisations for over 75 minutes of music; the Gustav Brom Big Band step out on some very groovy tracks; saxophonist Eero Koivistonen blows with his quartet that includes Olli Avhenlahti on electric piano; reedman Jiri Stivin and guitarist Rudolph Dasek play a number of improvisations; bassist Barre Phillips and flautist Kryzstof Zgraja perform two long improvisations; the Polish Jazz Summit features Tomasz Stanko on trumpet, Zbigniew Namyslowski on alto, Zbigniew Siefert on violin, and Adam Makowicz on Fender Rhodes; and trumpeter Franz Kogelmann and soprano saxophonist Steve Lacy head a quintet with a bit of electronics! There's a few more surprises, too – and the whole thing is a fantastic presentation of these lost sounds.  © 1996-2022, Dusty Groove, Inc.