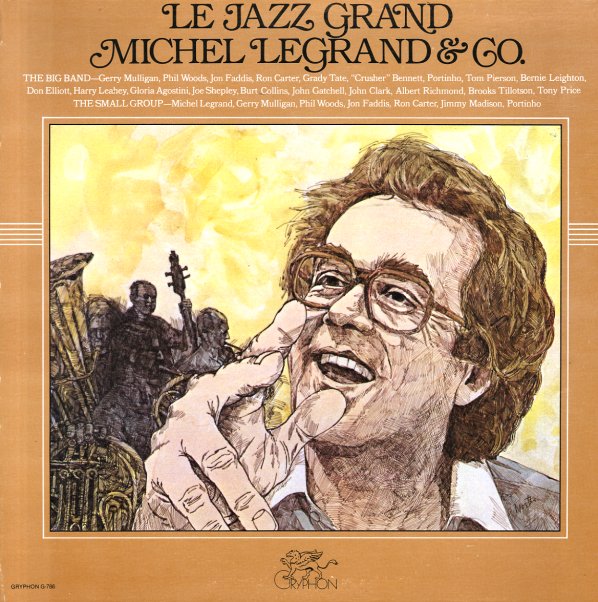 A wonderful session of straight jazz work by Michel Legrand – a larger group outing that's one of the few albums he ever cut in this style! The set has all the warmth and imagination of Legrand's best jazzy soundtrack work – strong themes, bold statements, and a sense of personal investment that comes through even in a larger ensemble – yet the work here is also delivered with even more freedom for solo work than Legrand's film scores, with plenty of longer exploratory passages that showcase the takents of key soloists like Gerry Mulligan, Phil Woods, and Jon Faddis. Most of the album's first side features an extended track suite entitled "Southern Routes" played by a big band – and side two features shorter titles played by a septet, with titles that include "La Pasionaria", "Malagan Stew", "Iberia Nova", and "Basquette".  © 1996-2021, Dusty Groove, Inc.