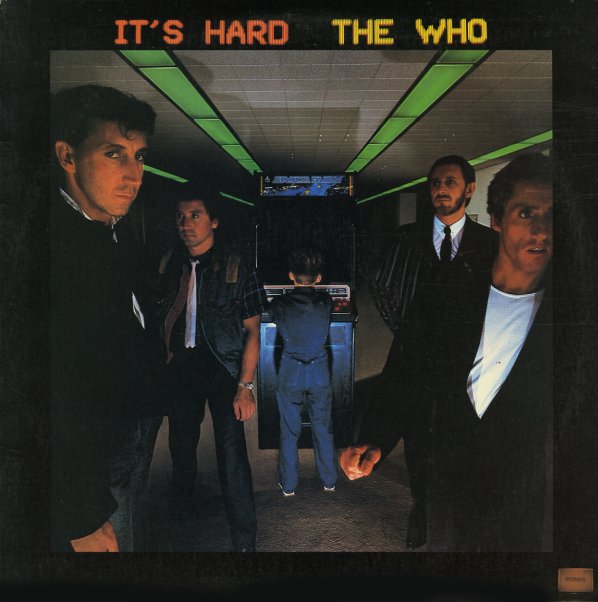 Maybe the last really essential album from The Who – the second to feature Kenny Jones on drums, doing a surprisingly great job of filling in the space left behind when Keith Moon departed the planet – and a record that also has Pete Townshend working out some of his stronger mature songwriting moments! There's a bit of polish here at times, but the record's nicely never too slick or commercial – thanks to work from producer Glyn Johns – and bassist John Entwistle also contributed a few strong tracks to the set – right before leaving the group for solo work after the album. Titles include "Athena", "It's Your Turn", "One Life's Enough", "Cry If You Want", "I've Known No War", "Dangerous", "Eminence Front", and "Why Did I Fall For That". 2LP pressing features bonus tracks – "One Life's Enough (Pete vocal)", "Eminence Front (Roger & Pete vocal)", "Cry If You Want (early alt mix)", and "Dangerous (1997 unedited mix)".  © 1996-2023, Dusty Groove, Inc.

Machibouke
Universal/Lawson (Japan), 1973. New Copy (reissue)
LP...$42.99 49.99
A beautiful little record from the Japanese scene of the 70s – a set that shows the growing influence of the American singer/songwriter world, but at a point before things hit the more polished mode of the city pop generation! Makoto Kubota has this nicely dark style to his work – ... LP, Vinyl record album

Memphis
MGM/Universal, 1972. New Copy (reissue)
LP...$11.99 24.99
An overlooked gem from the early 70s years of Roy Orbison – a time when the singer's voice was still impeccable, and a record like this offered a new vista for his unique style of expression! The title's a reference to a nice cover of the Chuck Berry tune that Orbison kicks off at the start ... LP, Vinyl record album