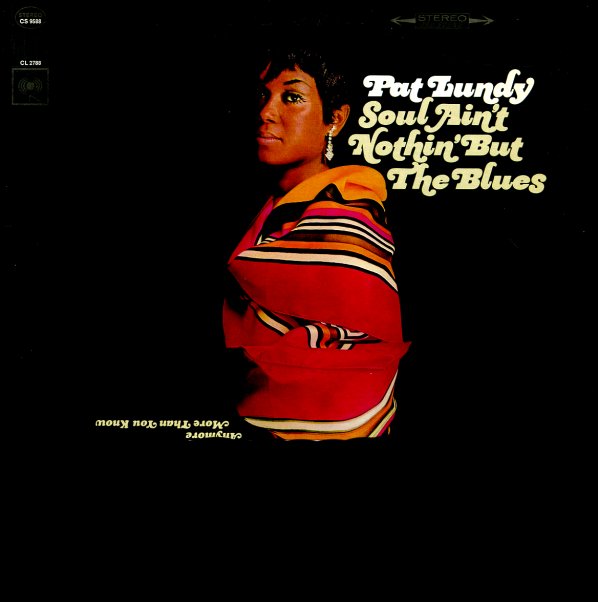 Soul Ain't Nothin' But The Blues

One of Pat Lundy's earliest recordings – done for Columbia with a mixture of uptown soul and jazz arrangements, the former handled by Bert DeCoteaux, the latter done by Ray Bryant! John Hammond put the set together, obviously searching for another female soul talent after failing with Aretha Franklin – and the set's handled in a similar way to some of Franklin's stronger sides for Columbia. Includes the title cut, a great reading of the song "Soul Ain't Nothing But The Blues", plus the sublime uptown number "City Of Stone", and cuts that include "Through A Long & Sleepless Night", "Another Rainy Day", and "Does She Ever Remind You Of Me".  © 1996-2022, Dusty Groove, Inc.
(360 Sound stereo pressing – nice and clean. Cover has a small bit of splitting on the top seam, and a small promo stamp on the back – but this is a nice copy overall.)

Give Me The Reason
Columbia, 1986. Very Good+
LP...$8.99
Luther Vandross at the top of his game – sitting right at the height of that crossover space in soul he virtually owned back in the mid 80s! The work here is certainly more commercial than Vandross albums of the past, but the soul is no less deep – thanks to Luther's amazing vocal ... LP, Vinyl record album