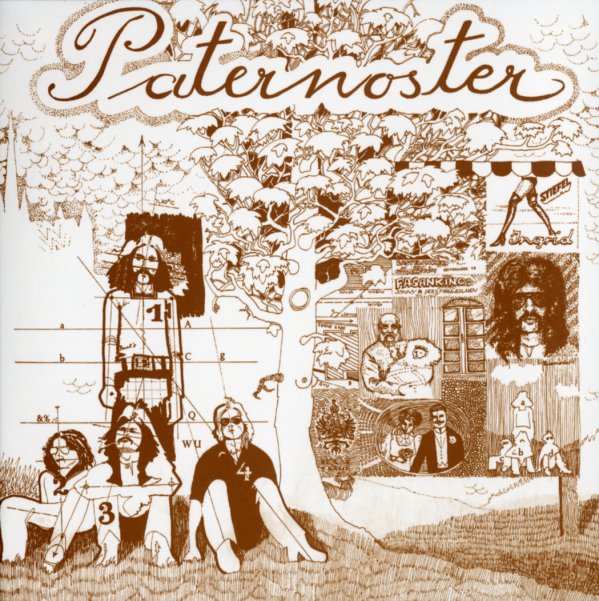 A heady heady album from the Austrian scene of the early 70s – and one by a group that's really unlike anyone else we can think of! Paternoster are completely dark and brooding – often building their music at a pace that's a lot slower than prog, as the guitars and keyboards layer in very carefully, yet still just step along – while the vocals resonate in a mode that's maybe inspired by more soulful rock of the time, but which comes off with this eerie, moody vibe that's incredible – making even simple phrases sound downright spooky! The approach is neither hard rock, nor psych, nor prog – although the album could be appreciated by any fan of the best from those undergrounds – and titles include "Paternoster", "Stop These Lines", "Blind Children", "Old Danube", "The Pope Is Wrong", and "Mammoth Opus O". Comes in a beautiful slipcover package, with a heavy 66 page book – with notes in English and German!  © 1996-2022, Dusty Groove, Inc.